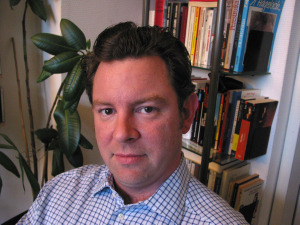 Another Davos has come and gone and the delegates left the Swiss ski resort having achieved less than normal, but buoyed by a sense of cautious optimism now that the worst seems to behind us. Held under the slogan "Rethink, Redesign, Rebuild" there was lots of thinking, but little in the way designing and no rebuilding at all. Davos is billed as the pow wow for world leaders but this gloomy description is actually only applicable to half the conference-goers. For the other half - those from the so-called emerging markets - Davos was a celebration of their coming of age.

The Bric nations have been impacted by the global meltdown, for sure, but countries like China and India are already back in fast growth mode and just starting to implement their exit strategies from the crisis-busting stimulus programmes that is holding the rest of the world up. Indeed, a Chinese suggestion that it would tighten rates sent stock markets around the plant plunging at the end of January. Why would they do that? Because they are growing too fast.

"Crisis" was the most used word of the event, but "emerging markets" comes in a close section. The world's leading businessmen have their eyes now focused on these new **wunderkinds** of the global economy, but the very slogan of the event belies the fact that actually most of their attention still remains at home.

"The emerging markets are looking much better now," said Mark Green, senior economist at HSBC on the sidelines of Davos in an interview, "but the west is on life support and surviving on the drugs of stimulus."

But where was Russia in all this? Last year there was a Russia session as business leaders focused on the booming economy. This year while China and India's names were bandied about by nearly everyone, Russia's name is increasingly missed out altogether. Even the op-eds about the Bric quadriga skip over Russia's name. A few have even called for the "R" to be removed permanently from the acronym.

The reason? Russia had a bad crisis and the other Bric members didn't; it was the only one of the four to suffer from substantial and dramatic economic contraction. China and India are rapidly returning to their habitual fast growth, while Russia is recovering from 8.8% contraction in 2009 and is expected to put in somewhere between 1.5% and 5% of growth this year (depending on what happens to oil prices).

Should Russia be booted out of the Bric club? It is certainly the least loved of all the four. Jim O'Neill, the chief economist at Goldman Sachs, who coined the term in 2001, says no, but admits Russia disappointed last year. However, in a recent note he argued that the economy was dragged down by its exposure to the oil price and heavy borrowing in the international credit markets, but expects the country to return to strong growth this year and next — and so justify its membership of the club.

The 1998 financial crisis levelled Russia's nascent banking sector and forced the government to default on its international debt, wrecking the state's reputation in the process. This time round this government has emerged relatively unscathed: none of the big banks or companies have gone bust; the government still has the third largest foreign currency reserves — about five times more cash than either the UK or the USA hold — and lowest external debt of any major country in the world. Even the budget deficit (the first in a decade) is expected to fall to between 5% and 1% of GDP depending on oil prices this year.

What most commentators miss is that the boom years have transformed Russia from a pertro-economy to a normal one where consumers, not hydrocarbons, are the long-term driver of change. Rustam Tariko, the founder of Russian Standart Bank and the owner of a vodka by the same name, said on the sidelines that both his businesses took a hit, but both are back to 60-70% of 2008 levels.

"Everything relating to the Russian consumer is going better and faster than with business," says Tariko. "The situation is stabilising and we will go back to growth, but clearly it will slower than before."

A little growth would go a long way to earning Russia little more love, while the strong recovery some are predicting should make it hot again.