Outsider on the inside 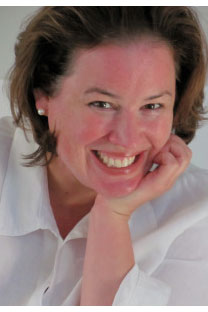 A friend from America is considering paying us a visit in Moscow this summer – she’s never been, and is all fired up to learn more about Russia and the Russians. She knows I’m married to a Russian, I call HRH: which, depending on my mood means either my “horrible Russian husband,” or “handsome Russian husband,” and that I’ve lived in Moscow longer than any other place in my life. She thinks I’m an expert. She asked me how I would explain the differences between America and Russia.
Oi, I think, using a Russian expletive. I’ve been working on that one since that long ago day (1985) when I marched confidently into my first Russian Language class at Columbia, ready to acquire the skills I needed to change the world.

Twenty-five years later – have I changed the world? No, but I’m still trying to work out Russia and the Russians from a position some call enviable: an outsider on the inside. I’m not a pundit, I’m not a journalist, I’m not a diplomat, and I’m not an academic. I write, I blog, I collect Russian jokes, I take photos, I bring up my family, I run good food to ground in Russia to cook amazing things, I kill off expat book clubs, I make friends, who then move to London or Singapore, and I research Russian history, in the past and as it happens.

My strategy has been to find the funnier side of life in Russia, and it works for me. This blog will be all about that: the funnier side of life in Russia. Hurl your questions at me: why do Russians eat purple soup (because…well root vegetables), why does Russia have two New Years (Pope Gregory) is vodka really good as a window wiper fluid (unquestionably yes), what’s it like to drive in Moscow (hell), why are Russian women so tall (bananas) and anything else you’d like to know about the World’s Largest Country.

1. Last night, as I went through the monthly bills, I watched a film about Oscar Wilde starring Stephen Fry and Jude Law, which includes some graphic footage of homosexual sex. It occurred to me that my Russian husband would have been absolutely horrified by the film, though fine with the bills. I, on the other hand, was deeply disturbed by the bills, but totally fine with the film.

2. In America, the entire nation knows down to the minute exactly when the Obama children have their H1N1 vaccination. No one in Russia or the entire world knows what Medvedev’s son’s name is.

4. In Russia, working class laborers wear waterproof felt boots with warm linings, which are called “valenki.” In America, fashionistas wear identical footgear, which are called “UGG boots.” The only difference is $356 USD per boot.

8. America still believes someone can make a difference in Afghanistan.
America comes to an absolute standstill on Tuesday nights for two hours to watch 16 morbidly obese people compete against one another to lose the most weight. Russia comes to a complete standstill on Sunday nights to watch people dance on ice.

9. In America, everyone consumes beverages at 8 am out of paper cups in public, but it is illegal to consume alcoholic beverages outside licensed premises.

10. In Russia, people stare at you if you consume a beverage in a paper cup in public, but no one even blinks if you consume an alcoholic beverage out of a tin can at 8 am openly on public transportation.