The power of the flower in Moscow 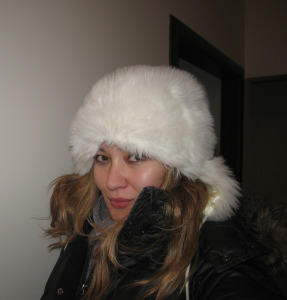 There is no way around Moscow’s numerous flower shops. You pass them when you get out of the metro, on the street, in shopping malls and supermarkets – whenever you will need flowers there will be more than one opportunity to buy them. Most of them even offer flowers 24/7. Why is it that the flower business in Moscow seems to be flourishing all year round? I remember that in my hometown, Vienna, flower shops disappeared more and more over the time I grew up. Its just not en vogue any more to give flowers on any occasion possible. Especially if a guy dates a girl, it is a little old fashioned or even cheap to bring flowers to random meetings.

But back to Moscow. Sitting in my favorite coffee house I spot a girl at the table next to me. She is obviously expecting someone and this someone is probably late because she nervously keeps an eye on the entrance, checking the time on her mobile phone constantly. Finally her date arrives, in his hands —beautiful red roses. Her nervousness seems to be vanished and her face lights up. With a delicate gesture, she takes the flowers and admires them in a flirty, ladylike way. The staff in the coffee house, obviously equipped for these situations, bring a vase for the flowers. Only now I look around and see on many tables similar vases with couples holding hands, hugging or even kissing while enjoying their drinks. They look much more dedicated to each other then I recall couples in public in my country. Why is this picture so unfamiliar to me? Are the flowers some kind of mystical aphrodisiac?

Another day, I am about to meet my friend on the platform in the metro. While I am waiting, I spot several guys with flowers waiting like me. In the evenings be-flowered men try to protect their bouquets from the pushing crowds in the metro. The flowers seem to be everywhere. My logical question is, of course, can I believe that these flower bouquets I spot everywhere are dedicated to special occasions? Or does the average Russian woman really receive so many flowers?

According to my best friend, they do. She, herself is a girl in her twenties from Moscow and received flowers on various occasions when going on dates. Flowers make a girl feel appreciated and show others that she is wanted. Although not every girl with flowers on her office desk has a secret admirer. Apparently some Russian girls send flowers to themselves to raise other guys' interest. In my opinion this totally backfires! Wouldn’t guys rather not be interested in a girl that is already taken? Or will interested guys get into a flower-sending competition over their beloved girl?

I nearly want to believe in the Russian man as the perfect gentlemen, but then I remember some spitting and swearing Russians I saw in front of the supermarket this morning. Without doubt no flower in the world will transform a real boor into a gentlemen. But maybe the one or other little bad manner, like being a little late on a date or being a little too macho can be actually covered up by a wonderful bouquet of roses.