Our people in Vancouver 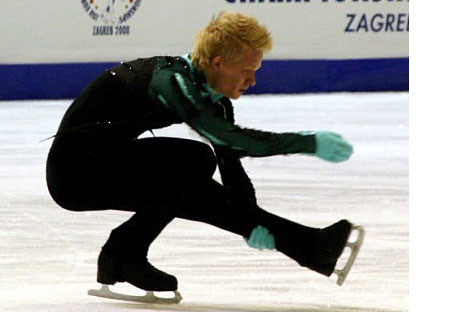 Millions of people have been waiting for the Olympics to start. Athletes, trainers, organisers… And of course the fans. That’s no surprise – the whole planet is competing. It’s a time for emotions to let rip and for the athletes to fight for victory.

David Mnatsakanyan, Russia’s Consul General in Gothenburg, in the west of Sweden, has been particularly looking forward to the opening. He’s not a sportsman, and he’s not an ardent fan, but life has given him a surprising hobby which has firmly linked him with sport. The 21-year-old Adrian Schultheiss, Sweden’s number one figure skater, will be performing on the Olympic ice to music written by the Russian diplomat. It’s as if three very different areas – composition, diplomacy and skating – are merging into one in Vancouver, to be embodied in the figure skater’s performance.

How did it happen that the hope of Swedish figure skating is performing to the music of the Russian consul? The answer is simple – our compatriots Yevgeny and Galina Lutkov are the figure skater’s trainers and choreographers. In the course of his work the diplomat Mnatsakanyan has a lot of dealings with Russians living in Sweden, but no one could have imagined at the beginning that his meeting with the Lutkovs would lead to such a close creative partnership. And here’s the result: Schultheiss carefully tried out the composition “with a Russian character” that he was offered on the ice – and accepted it.

A musical mix of two of David Mnatsakanyan’s suites – “My way” and “Christmas fantasy”, which have already been “performed” by Adrian at competitions in Russia, Sweden, Denmark, Norway, Croatia, Romania, Estonia and the USA – was specially created for the figure skater. The European Championships, the World Championships… And now the long awaited final stage – the Vancouver Olympics.

Although David Mnatsakanyan has devoted his life to the Ministry of Foreign Affairs, he has never abandoned music. An extremely musical family, study in a conservatoire and subsequent work in a symphony orchestra – all this helped to ensure that the future successful diplomat would not give up his favourite work: composition. And now it is difficult to know what plays the greater part in this truly surprising Russian–Swedish musical and sporting duet between the figure skater and the consul: skilful diplomacy or creative unity.

You can listen to My Way by David Mnatsakanyan right here: