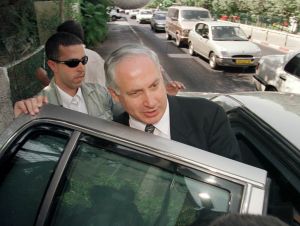 The very fact that the Israeli Prime Minister Benjamin Netanyahu visited Moscow is a major success for Russian diplomacy. Not least because Russia is the only country in the world that has been visited by all sides in the Arab-Israeli conflict over the past six months, including the most radical ones.

And in May of last year, Israeli Foreign Minister Avigdor Liberman paid a visit to the Russian capital. Liberman is a former Soviet citizen from Moldova and is known as a major hawk. Hence, all sides of the Middle East conflict have made their way to Moscow.

The Arab-Israeli conflict is in a permanent winter, characterized by alternating short-lived thaws and, as a rule, ferocious frosts. The coalitions that have emerged in Israeli and Palestinian politics in recent years make a peaceful resolution to the conflict impossible, while resuming the negotiations interrupted more than a year ago will hardly be successful until the next elections. The most the international community can do is keep avenues of negotiation open for the parties to use during the next thaw without losing face.

This is precisely what Russia has been doing by graciously agreeing to listen to both versions (which are completely opposite, of course) of the events in Gaza and the West Bank. And when meeting with the Palestinian and Israeli leaders, Russian politicians and diplomats have not tried to lecture any of the conflicting sides, whether that be Israel, the Palestinian National Authority or Hamas, which forcibly took control of Gaza after winning the 2007 elections.

As for the United States, Washington during the Bush years had far-reaching plans for the region, unlike Moscow. But where did these plans lead? Citing sources close to the former U.S. Secretary of State, the New York Times reported that when Condoleezza Rice learned from the news on television that Hamas had won the 2007 elections, she almost fell off of her treadmill. All she could say was "This is just wrong!"

George Bush also failed in his plan to trigger a democratic domino effect in the region by toppling Saddam's regime in Iraq.

The plan was impressive, however. There were widespread rumors that the Syrian regime was about to be toppled, and the former head of the CIA James Woolsey even threatened that Egypt would be the next in line for democracy promotion. When people who do not bother much to study facts from history and ethnology embark on a project to promote democracy in the third world, the results are always catastrophic.

This time around, the outcome proved to be the same. The disappearance of Iraq as a regional power strengthened Iran, and prompted Tehran to pursue even more actively the goal of obtaining a nuclear bomb as its best security guarantee. The war in Iraq mobilized the Islamic resistance throughout the world and simultaneously strengthened the positions of Israeli hawks like Liberman, who can hardly be imagined negotiating a peaceful settlement with the Palestinians.

Today, the world is facing a double threat emanating from the Middle East: the possible acquisition of nuclear weapons by Iran and a no-less-likely preemptive strike on Iran by the Israelis, who since 1967 have lived by the rule that offense is the best defense.

Under these circumstances, Russia can once again play a stabilizing role, as it has maintained normal relations with Israel without sacrificing its economic and even military ties with Iran. Neither Netanyahu nor US President Barack Obama keep secret their desire to see Russia terminate this cooperation and to obtain Moscow's consent for crippling sanctions against Iran, which may include a ban on importing gasoline.

For Russia, however, as for other countries, this is a very difficult decision with significant consequences, and therefore, the contradictory signals sent by Moscow should not come as a surprise to anyone. According to the unfortunate tradition of the last 20 years, sanctions are usually followed by a war. Israel has nothing to lose in such circumstances and the US is protected by the two oceans that separate it from Iran. But Russia has every reason to avoid such a scenario. Hence, the principle of "measure three times and cut once" is quite appropriate here.

Dmitry Babich is a political analyst for RIA Novosti,