Living with the big three 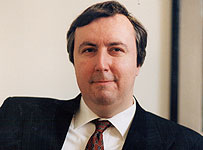 PricewaterhouseCooper’s head of macroeconomics, John Hawksworth, believes by 2050, Russia will be Europe’s largest economy, while China, the US and India will lead globally.

PwC predicted that Russia would become Europe’s largest economy by 2020. What are the underlying assumptions of this forecast?

In terms of purchasing power parity, which corrects for variations in price levels, Russia’s GDP is already the second largest in Europe after Germany.

Germany’s economic growth, especially given its ageing population, is projected to be less than 2pc per annum over the next 20 years, allowing Russia to catch up by 2020. The price of natural resources should remain relatively high because of demand from India and China and should support Russia’s growth.

In the long term, however, abundant natural resources pose a challenge because they lead to rent-seeking behaviour. After 2020, there could therefore be a considerable slowdown in the Russian economy, as its working-age population shrinks and its catch-up potential dries up.

Russia’s continued economic success will then depend on the growth of the knowledge-based sectors, since it can’t compete with countries such as China or Vietnam in low-cost manufacturing. The country will have to utilise its key comparative advantage over other emerging economies: a high level of education among the general population – particularly in such areas as mathematics and science.

There are already regional government initiatives in place to develop hi-tech hubs for several years with good success stories.

If Russia doesn’t diversify its economy, it will be outpaced by more dynamic countries like Brazil, India and China.

If Russia becomes the largest economy in Europe, and Brazil in South America, who will dominate in Asia – India or China?

China is a much larger economy than India at the moment, and this won’t change over the next 20 years. China has a higher level of productivity, largely because it has gone much further in moving people from agriculture to the manufacturing sector.

India has strong IT, engineering and offshoring hubs, but not a large manufacturing sector. It also has a low average level of education – particularly female literacy in rural regions – even though elite education is strong (which boosts India’s hi-tech sector). It also lags behind China in transport infrastructure.

However, India has a younger, faster growing population. China’s population will age rapidly because of the one-child policy. Beyond 2020, India therefore has stronger potential for economic growth than China if it can address the issues. India will eventually also have a larger population than China, but a lower GDP per capita – probably even in 2050.

Both countries are likely to become economically and geopolitically more significant in Asia than, for example, Japan. China is already more significant in many areas, such as the Copenhagen negotiations on climate change. By mid-century, the world’s big three economic nations will be the US, China and India. If European countries work together as some kind of economic bloc – maybe including Russia in the long run – then they could also become a major player.