Dealing with Russians? Check the weather 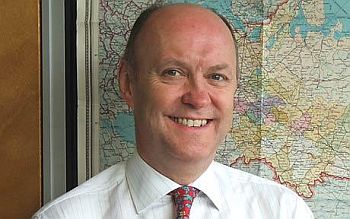 “Russky narod – krainy narod” is a phrase I’ve heard often over many years of travelling to Russia. It’s frequently accompanied by a “that's just how it is” shrug of the shoulders, meaning that Russians themselves acknowledge that they are a people of extremes.

This is reflected often in the way foreigners react to their first visit to Russia. It seems to be the case that people either love it or hate it, depending on the experiences they have. If your abiding memory is being pushed aside on the metro, your reaction is going to be different from someone who’s been welcomed into a Russian’s home and experienced the warmth of their hospitality.

And in business you can meet two extremes. The Western idea of service – “the customer is always right” – is gradually creeping into the Russian retail sector, but there’s still a long way to go. The unsmiling, uninterested shop assistant of Soviet times is still alive and well. But on the other hand a Russian is less likely to sell you something you don’t really want.

I’ve long held to the belief that the weather has a lot to do with these extreme reactions. Last summer, I sweltered in Moscow in 30C heat, the kind of temperature which makes you understand why Russians often live at the dacha in the summer, even if it means that they will have to spend three hours getting to work.

Yet when I was in Moscow in January, the thermometer registered -28C, a swing of some 60 degrees from that summer high. Pretty extreme.

The extremism which this lends to the Russian character is felt in business, too. When the credit crunch started to bite in the West in the first half of 2008, there was a sense in Russia that this was a Western problem and that Russia wouldn’t be affected. This smugness gave way to panic in September, 2008, when suddenly the Russian market started to crash. In 2009 many Russians felt that the crisis was worse in Russia than anywhere else. This was a debatable point, but the fact that many Russians rushed to the conclusion that the situation in their country must be worse than anywhere else was another illustration of that Russian extremism.

I spent this Christmas and New Year in Russia. I found that the two main topics of conversation were the economic crisis and the weather. Typically, the first thing my Russian interlocutors wanted to know was if the crisis had been as strongly felt in the UK as it had been in Russia. (Answer: probably yes, although people in the UK were already beginning to talk optimistically about being over the worst.) The second topic, the weather (an easy subject for an Englishman to discuss) divided Russians into two camps: the one group who complained about how bloody cold it was; and the others who were enjoying the first “real Russian winter” for some years.

But just how quickly Russians can switch from one extreme to another was illustrated for me when I was back in Moscow just three weeks later (when the temperature hit -28C). Suddenly, there was a much more upbeat assessment of the state of the economy, as if in the short time I’d been away the country had somehow turned a corner.

Now while it would be wrong to assume, therefore, that everything in the Russian garden is rosy, a bold investor could do well by picking up on this swing towards optimism. Indeed, Russians also say that roses aren’t afraid of the frost.

A message which I continually put across to British business in the dark economic days of 2009 was that it was a great time to move into the Russian market. The opportunities that that market presents for long-term growth hadn’t disappeared. And another characteristic about Russians is that they admire and reward loyalty.

We saw this in 1998, after the rouble crashed to a quarter of its previous value. Those Western firms which stayed found it much easier to do business when things picked up again than did those which had fled.

So in business terms if you want to catch Russia on the up – get in now. There is a window of opportunity which will be harder to open once the Russian economy is strong again.