The real loser in Ukraine 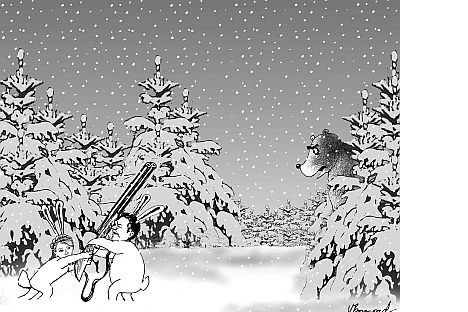 However, the well-informed internet resource Ukrainska Pravda takes a more nuanced view of the situation. Tymoshenko lost a battle, but did not lose a war. As the prime minister, she still controls the government and thus the country’s economy. Her loyalist Yuri Lutsenko, fired as interior minister, refused to let go of his control of the country’s police. Tymoshenko herself refused to concede her defeat, using the same language she used in 2004, during the so-called Orange revolution.

At the time, the Western media, from Vancouver to Warsaw, just loved that language, believing every word of it. Tymoshenko was elevated to the status of Ukrainian Joan of Arch and Yanukovich was vilified as a “Kremlin's stooge”.

Now Tymoshenko’s conduct is an embarrassment, since this election was recognised as fair by the EU, the US and just about every possible monitoring organisation. An obvious questions sneaks into one’s mind: what if in 2004 her motives were the same as now: trivial lust for power and not a mixture of democratic principle and idealistic nationalism, as the West believed in 2004-2005? As the situation develops, this version appears to be closer to the truth, thus revealing the true losers of 2010 elections – Western experts and politicians, who believed Tymoshenko in 2004-2005.

The disastrous economic consequences of the Western-backed Orange governments in Ukraine are indisputable and recognised even by such former zealots of Orange revolution as the New York Times and Newsweek. One figure is telling enough: Ukrainian exports to the United States dropped by 90pc in the five years of Orange rule. The usual objection to Tymoshenko’s critics – “But now they have democracy!” – under closer inspection doesn’t hold either. “Democracy without democrats” – a formula once applied to Weimar Germany – is even more applicable to Ukraine.

Indeed, one cannot call either former president Viktor Yushchenko nor Yulia Tymoshenko democrats. Democrats are ready to concede defeat and respect the rules of the game. This rarely happened with Yushchenko and Tymoshenko. In every situation they used every tool at their disposal to hold on to power. These tools included dissolving a democratically elected parliament, making a mockery of justice and arranging sleazy media attacks against each other.

In this situation, Yanukovich’s coming to power seems preferable for democracy, since nationalist opposition will remain stubborn and real, while Yanukovich’s supporters might be scared away by Tymoshenko’s vengeful authoritarianism.

The blank check which the West gave to Yushchenko and his Orange team in 2004-2005 did a terrible disservice to the Ukrainian nation. Instead of concentrating on joint movement towards Europe (which does not necessarily mean away from Russia), the Orange politicians polarised the nation, discredited democratic institutions, badly damaged their own economy and the economy of other European countries, disrupting supplies of Russian energy to the EU.

Isn’t this a bit too high a price to pay for prejudice against Russia which lay at the core of Western support for the Orange revolution?

“In our enthusiasm to find others who appear to share our goals, we have allowed ourselves to be fooled into believing that anybody we dislike is by necessity illegitimate, that our enemy’s enemy is our friend,” writes professor Paul Robinson in Ottawa Citizen.

One could only add that consequences could be especially bad if the perceived “enemy” (in the case of the Orange revolution, “imperialistic Russia”) is not actually an enemy at all.