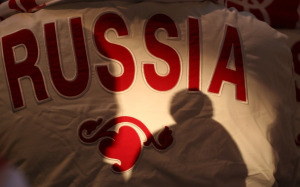 There’s no avoiding the fact: The 2010 Winter Olympics did not go as planned for the Russian team. Official predictions of as many as 40 medals – including up to 12 golds – were optimistic in the extreme from the start, but by the end came across almost as a joke. However, in the long run, this is only likely to boost the drive towards success on home soil at the XXII Winter Games in Sochi.

The struggle for Olympic glory in Vancouver dragged on day by day over the fortnight, with officials and competitors finding it ever harder to hide their disappointment. As early as the first week, deputies in the Duma were calling for heads to roll at the sports federations, Olympic committee and even at the ministerial level. On the ground in Canada, athletes criticized the conditions, the judging, their coaches and anti-doping procedures, while the statements from politicians and officials performed alchemy, turning silver and bronze to gold.

In the cold light of day, however, Russia will likely use this disappointment as a catalyst. Some claim that the structure of Russia’s sporting institutions is an issue. Duma deputy and former Olympic speed skating champion Svetlana Zhurova criticized the extent of independence enjoyed by the various sports federations in a comment to Interfax: “They are totally on their own now, and no one can tell them what to do – the sports ministry has no way of exerting its influence."

That is presumably not strictly true, as the federations have enjoyed ever more on government investment in recent years. Not only will this rise ahead of the Sochi games, but the benefits of the last few years of investment will start to emerge.

In short, Vancouver came too soon to develop a new generation of athletes.

As Oleg Vasiliev told Reuters after the pairs figure skating gold ventured outside the Soviet or Russian team for the first time since 1964: "Right now we have … [a] … gap showing in the generation of skaters. We don't have many good skaters at the moment,” he continued before claiming that “in four years this will change."

Supporting his faith is the gold and silver won in the pairs at last year's junior world championships. Gennady Fyodorov of Reuters says that practically every demand of the various sports federations are now being met and that there is “no shortage of money.”

Prevailing wisdom suggests that the recent struggles stem directly from the collapse in state funding for sports in recent decades, as noted last year in a report by sport economist Wladimir Andreff: “As with the whole planned economy, sport fell into a deep crisis in the USSR during the 1980s … In the 1990s, state investment in new sport facilities nearly vanished overnight.”

PricewaterhouseCoopers notes in its 2008 report Modelling Olympic Performance that membership of the former Soviet bloc – and the associated funding for sports development – was one of the four basic indicators for success in Olympic medals tables from 1988 through to 2004. Now, with the state once again willing and able to push the country’s sporting prowess, theoretically all should be in place for a sizzling success at home in Sochi, according to PwC, which suggests other fundamental indicators of medals success at the Olympics in the last 22 years include population size and host status.

The drive towards Sochi is harnessing the wealth and power of the country’s business elite to help with both the development of the infrastructure and the athletes. Over the last decade, the largest Russian corporations have poured money into sponsorship of professional sports, which has done much to plug huge financial holes, as well as chase out much of the corruption that crept in during the 1990s.

In addition, Russia’s oligarchs pump cash into athletic development via charitable institutions such as the Russian Olympians Foundation. Executive Director Alexander Katushev reported recently that the body annually hands out between 1 billion and 2 billion rubles to each of 41 sports federations and their ilk, adding that an emphasis is placed strongly on a bid “to support the athletes who are going to win medals in Sochi 2014 … up to 50 percent of grant recipients in winter sports are juniors.”

Meanwhile, the same group of oligarchs is at the forefront of private investment into building the summer resort of Sochi into a world class Winter Olympics venue. President of Interros Vladimir Potanin, for example, told a press conference in Vancouver on Feb. 23 that his company is pumping $2 billion into constructing facilities, most of it going towards Roza Khutor Mountain Cluster.

Prime Minister Vladimir Putin said earlier the same month that private investment in the XXII games had already hit 500 billion rubles ($16.5 billion).
Overall, the original budget for 2014 Winter Olympics was posted at $12 billion – although the likely eventual number is almost impossible to pin down. The southern city and its surroundings are undergoing a total overhaul, including new roads, airports, railways, a seaport and communications networks as well as the necessary sports venues, associated infrastructure and accommodation facilities. Despite numerous criticisms from environmental and local community groups (a factor Vancouver has also faced), the authorities hope that the massive project will bequeath Sochi a future as a world class resort. They’re hoping just as much that Russian athletes can create a similar legacy.