Mikhail Bulgakov and the heart of a man: can evil support good? 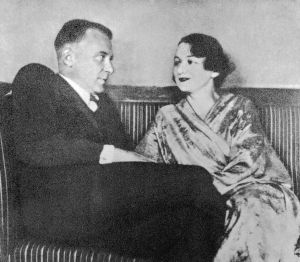 New editions of Mikhail Bulgakov's great works are being issued in English for the upcoming 119th anniversary of his birth.

Even in his earliest writings, Mikhail Bulgakov exposed the ugliness and absurdity of Soviet reality. The author made no attempts at generalization, and he battled the authorities early in his career. Later, his novellas “The Fatal Eggs” and “Heart of a Dog” became more allegorical, but this approach turned out to be even more withering.

In “Heart of a Dog,” a surgeon turns a dog into a man. The mutant with the heart of a street dog represents the worst example of the Soviet proletariat, which ran the show in post-revolutionary Russia. This novel was never published in the Soviet Union.

Bulgakov asked a general’s daughter to type his novel, “White Guard” for him. The general's daughter moved out of her flat in 1924, before the novel was completed, but a few years later she received tickets from the author to the performance of the play, under the name “Days of the Turbins.” The play was a success, she recalled almost 50 years later. But Bulgakov was not left to rest on his laurels, and was accused of praising White Army principles. To everyone’s surprise, Stalin himself rose to his defense: “As for the play 'Days of the Turbins,' it is not that bad, it produces more benefit than harm. Don’t forget, the main impression from this play is in the Bolsheviks’ favor: If even people like the Turbins had to lay down their arms and bow to the will of the people, admitting complete defeat, this means the Bolsheviks are invincible, that no measures can be taken against them.”

However, the Soviet leader was not so happy with the 1928 play “Flight,” one of the best Russian plays of the 20th century, which depicted the collapse of prerevolutionary Russia and was set in the Bolshevik-besieged Crimea.

In his 1930 letter to Stalin, Bulgakov admitted that he regarded the intelligentsia as “the finest people in our country,” contrasting revolutionary progress with great evolution, and asked to be sent abroad if this was unthinkable in Russia. However, a few days later, Stalin himself called Bulgakov to say that a Russian writer could not live outside his motherland. Shortly after, Bulgakov received a job in the Moscow Art Theatre.

Over the remaining decade, Bulgakov wrote a number of plays, all of which were either rejected or staged for only a few performances. Despite his despair, the writer continued to work on his masterpiece, “The Master and Margarita.” It was the publication of this book in 1967 that cemented Bulgakov’s fame throughout the world.

People who had lost their faith in God savored this tale in which Good is supported by Evil: The dogged writer is freed from an asylum and granted eternal peace in a quiet and beautiful place, accompanied by his forever-young Margarita, by the Devil himself, in the guise of the foreigner Woland. None of the novel’s characters are punished by death, except a man who dared to sneer at Christ. On the other hand, Bulgakov paints Yeshua Ha-Nozri as a naïve prophet. For a believer, this downgrading of the sacred to mere myth might amount to blasphemy, but for many Soviet readers, removed from religion as they were, such interpretation was like a revelation.

Today, however, with Orthodoxy returning to Russian schools, we can only guess about the further evolution of Yeshua’s image. Yet, the images of two tired lovers, the Master and Margarita, are forever imprinted on Russian culture.

Mikhail Bulgakov’s life offered up a wealth of material for his surreal, biting, comic genius. Born to a Russian family in Kiev (now the capital of Ukraine) in 1891, it did not take long for the authorities to put a muzzle on him and declare him anti-Soviet.

Decades later, his phrase “manuscripts don't burn,” from “The Master and Margarita,” entered the Russian vernacular.

In 1930, he officially requested permission to emigrate from the U.S.S.R., resulting in a personal phone call from Stalin, who was a fan for a short time. Bulgakov never left Russia, nor did he see his great works published there in his lifetime.

Bulgakov died from a kidney disorder in 1940. Before he died, he continued to dictate changes to his work on his deathbed. There are now museums dedicated to his memory in Moscow and Kiev. Manuscripts did burn, of course, but Bulgakov's work survived.