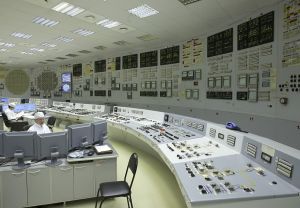 Russia is running out of power and plans to build over 40 new nuclear power stations in the next 20 years to make up for the shortfall.

Former Prime Minister Sergei Kiriyenko was appointed CEO of Russia’s state nuclear agency, Rosatom; one of his tasks is to sell as many reactors as he can to other countries. He is not doing as well as the Kremlin would like, but deals are still being struck.

Russia is due to break ground on its own first post-Soviet power plant this year in the Kaliningrad enclave on the Baltic Sea. The power plant is expected to have two power units with a capacity of 1,150 megawatts each that will come online in 2016 and 2018.

Nuclear power is regaining popularity as the price of traditional fuel sources has soared in recent years. Germany has been dragging its heels over Green Party election promises made in 2000 to phase out its nuclear power stations, while emerging nations like Poland, Belarus and Turkey, have all launched plans to build new ones.

Russia has the most ambitious plans as it is facing a slow moving energy crisis. Thanks to years of rapid economic growth, the demand for electricity rose to match supply in 2008—a fact made obvious to the Kremlin when Moscow was plunged into darkness that year after the system was overloaded.

“Further economic growth will be hobbled unless new power stations are built—and quickly,” said Roland Nash, head of research at Renaissance Capital. “The state has already done the groundwork and quickly privatized the sector in recent years. Now the question is finding the money to build new capacity.”

The current crisis has brought the government some breathing room after industrial production took a nosedive last year, but with the economy already bouncing back (GDP growth was over 5 percent in the first two months of this year), Russia could start to run out of power again as soon as the end of next year.

The first thing most people think of when they hear the words “Russian nuclear power” is Chernobyl. Concerns remain over the safety of nuclear power, but they are increasingly competing with the inevitably rising cost of hydrocarbons and the global warming effects from more traditional fuel types such as coal. The fact that nuclear power remains cheap and clean has increased its appeal dramatically in the last few years.

Kiriyenko has proved to be a moderately good salesman, and Russia is increasing its nuclear power plant exports. The Bushehr nuclear power station that Russia has been building in Iran is the best known and due to go online this month, according to reports. The station has long been a bone of contention with the United States, which fears Iran getting its hands on nuclear material that can be used to build nuclear weapons.

Russian construction company AtomStroyExport, which is building the Bushehr plant, is also involved in the construction of two generating units for a future nuclear power plant in Kudankulam, India. Kiriyenko said Rosatom expects the plant to become operational in 2010 as well.

And Kiriyenko has been a moderately successful salesman elsewhere, too. Russia has promised to build and finance a $9 billion nuclear power station in Minsk. A deal is being negotiated to build a similar plant in Nigeria. Nigerian Science and Technology Minister Alhassan Bako Zaku said in November that the Nigerian government planned to use Russia’s assistance in a project to build its first nuclear power plant, following a meeting with Kiriyenko in Moscow.