The Many Russias of James Hill 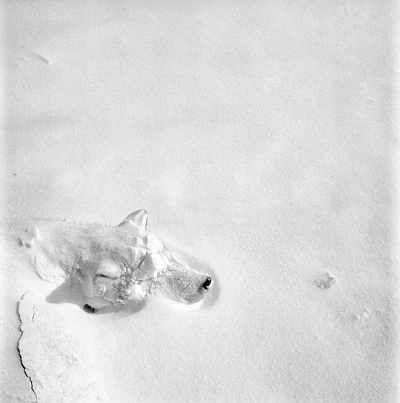 “I documented many different Russias in my almost twenty years of work here but the country remains a mystery to me,” Hill said.

Ironically, he is one of a very small cadre of Western journalists who know Russia intimately. Russia is now home to the highly acclaimed photographer who moved here in 1995 when he joined The New York Times on contract. In 1998, he moved to Rome, but returned to Moscow in 2003.

“I came back in 2003 to be with my wife, Sylvie, who is French, who was working in Russia and still is to this day,” he said. “I felt happy to come back since I felt I had unfinished work. Only now, with the books, "In Russias," and "Victory Day," is that cycle being closed.”

Hill, 43, whose two books are being published this year, has been with The New York Times for 15 years. In 2002, he was part of the Times team to win the Pulitzer prize for coverage of the war in Afghanistan. He has also won the World Press Photo award among many others. But he is perhaps best known for his ongoing narratives about Russia. His images simply tell a story: rows of prisoners staring at their plates with soup (see slide show), drunk oligarchs in the banya, cosmonauts putting on their space suits, and a Beslan school girl after the terrorist siege, her face in her hands.

Hill is an old-fashioned perfectionist. By the Volga, as he waited to take a photograph of a fisherman, an assistant asked him why he just didn’t ask the man to move into the light.

“Because that would mean distorting reality,” he said.

Hill’s photography pulls back the curtain on an unseen Russia. Some favorite projects, like the series of theatre, ballet and circus stars, have been exhibited in Moscow art galleries.

Many of these surprising images comprise his recent book called “In Russias,” published by a Moscow-based publisher in English, French and Russian. Hill has another book coming out in April: Called “Victory Day,” it will be published by Atticus Books. The veterans project, timed for the 65th anniversary of the end of World War II, is also the result of several years of work.

“I just realized that very soon the veterans will all be gone,” Hill said. His evocative portraits of World War II veterans in their Victory Day parade uniforms, chests covered in medals, and flowers in their hands, offer a moving tribute to Russian veterans of World War II.

Hill is a veteran war photographer himself, having traveled to more than 30 countries, often to cover conflict. He covered wars in Chechnya, Kosovo, Eritrea-Ethiopia, Palestine , Afghanistan, and Iraq. War coverage takes its toll, Hill acknowledges, but he presses on with the drive to bear witness.

“Your mind, like your body, adapts to its surroundings and does so in spite of your wishes,” he said. “I don’t think there are any particular ways to prepare, except for having the motivation and hunger to go to conflict zones in the first place. Often the difficulty is coming home, because you return to people who are close to you as someone different, harder, colder. Obviously there are certain moments or people that you have met who never leave you mentally. And a lot of photographers who have covered conflicts, including myself, live with these ghosts.”

Hill is able to verbalize what many war correspondents cannot. “I don’t think that I could ever forget what I witnessed during some of these wars, the cruelty and barbarity, as well as courage and cowardice too, but you learn to live with these memories and to cope with them,” he said. “I still have the motivation to cover news stories but I am equally interested in portraits and landscape photography, something which did not interest me in the slightest ten years ago, so I try to find a balance through my work that reflects the life of a photographer who is also a husband and father.”

Of the thousands of photos James Hill has taken, one stands out as memorable for him. It is a photo from the September, 2004 school siege in Beslan. Three hundred and thirty one residents of the town were killed in the terrorist attack, more than 200 of them children. “It is my most well-known series and also to me the most powerful, said Hill. “I think the photograph that stands out the most to many people, and to me, is of a chair covered in cigarettes.”

It was in the room on the second floor where the terrorists had executed male relatives who were in the school. The bodies were systematically thrown out of the window, according to Hill. After the siege, men who knew them would come into this room and light cigarettes and leave them to burn on this chair.

“It looks almost like an art installation,” he said, “but it has a very specific, and poignant meaning.”