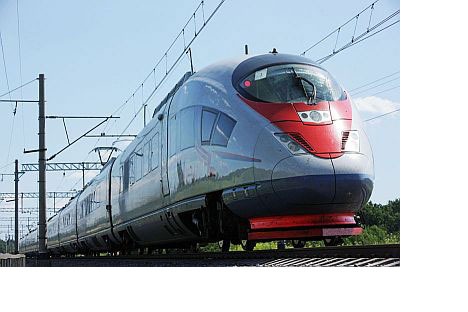 Russian Railways, state-owned railway company of Russia,may be privatised in the next couple of years, experts believe

In October, finance minister Alexei Kudrin claimed that more of the country’s blue-chip companies would be made available to investors in the near future. For the moment, however, they are still not available.

This appears to irk investors, who are disappointed with the list of named privatisation targets thus far. In late February, Vedomosti newspaper reported that the government plans to poll the international investment community as to which assets they’d most like to buy into. “We'd like to know everything,” said Alexei Uvarov of the Economic Development Ministry. “The sectors investors are most interested in, what specific companies and stakes they would like to obtain. We'll be taking [this] into account when preparing privatisation plans for 2011 and the following years.”

In a canvass of opinion among various investors by the paper, the overwhelming (and predictable) response was that they want more of the blue chips, particularly the energy and banking giants, several of which launched IPOs of minority stakes over the last few years. There’s every indication from the Kremlin that investors will get their wish, but it will take a little time.

In the first place, obstacles among political circles will need to be overcome. While ideological and nationalist sentiments play a part, so too do vested interests, which would not welcome the associated improvements in transparency and corporate governance. However, “the president and prime minister are quite confident they can overcome internal resistance,” according to Ivan Ivanchenko of VTB Capital, “and if they want to draw on international expertise, then they have to open up. At the moment, it’s only market conditions delaying this.”

Not only are the markets still recovering from the bloodbath of the last year or so, which saw, for instance, the dollar-denominated RTS plummet to 80pc below its record high in May 2008, but much of the money that has returned is short term and speculative, and so very sensitive to new floats. There’s also a social stability element involved, according to Ivanchenko. During the 2006/07 “people’s IPOs”, the government persuaded the population to become retail investors in the country’s ‘national champions’. Not fully understanding the nature of this investment, many were devastated when values crashed. The state will wait to see greater stability before releasing further stakes in the biggest companies. That said, Ivanchenko anticipates “major announcements over the summer.”

The sectors under scrutiny for future blue-chip sell-offs

Analysts such as Angelika Henkel of Alfa Bank expect the immediate focus of the privatisation drive to remain on infrastructure. “Russian Railways and Aeroflot may well be privatised in the next couple of years,” she suggests, pointing out that these huge companies face a large task in preparing for an IPO: “The preferable variant of privatisation for big companies.” In the meantime, the national rail operator announced in late February that it plans to sell off stakes in several subsidiaries before 2012.

Speculation of a forthcoming SPO from Sberbank rose in January when chairman German Gref suggested the government could reduce its 57.6pc stake, even down to a blocking stake. It’s unlikely he would have been so outspoken without clearance. However well-managed and -funded, Sberbank does not appear a priority. Kudrin suggested VTB as a more pressing case. The additional government stake recently procured in return for a $6bn capital injection into VTB may be the ideal starting point. But the banks are not only vulnerable to reduced risk appetite following the financial crisis: they have an important strategic role in the recovering economy, and so may need to wait before opening up further to international investors.

Russia’s energy giants remain the economy’s driving force and will not be leaving government control. However, they are also at the forefront of the government drive to reverse Russia’s declining production of oil and gas, and have challenging projects on their hands – both in terms of investment and technical capability. Rosneft has regularly been suggested as a target for further privatisation, although official statements have proved inconsistent. The strategic weight of Gazprom and Rosneft is often over-estimated, but remains a reality. Neither more so however than Transneft. Any privatisation would be a serious statement of intent regarding the drive to liberalise the economy. But few investors are holding their breath.