United we must stand 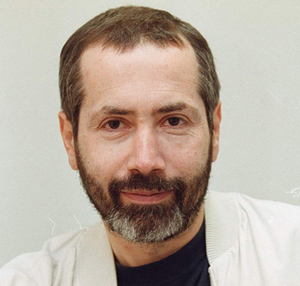 Society’s first reactions to a terrorist attack are predictable – confusion, fear and anger. This anger is often directed not only at the perpetrators, but against the government. A terrorist attack is therefore a powerful weapon with deep repercussions for society: that is the goal of these psychological attacks.

It’s impossible to cover up the image of unpunished public murder with any statistics. Terrorist attacks clearly demonstrate the weakness of the powers that be and peoples’ vulnerability. The point of an attack is simple: show the terrorists’ strength, and make all of society a victim.

The terrorists’ logic is simple: all’s fair in war. We’re weaker in direct combat, so instead we turn the entire country into a war zone. That is how terrorists act all over the world. Yes – terrorism is indeed a global phenomenon.

It’s equally clear that many terrorist attacks are committed by Muslims. To deny this obvious fact out of political correctness is as stupid as collectively blaming millions of Muslims peacefully living in predominantly Christian countries for the terrorist attacks. Yet that is exactly what terrorists want – for all Muslims to be labelled as “potential extremists.”

There is clearly a lack of solidarity in the fight against terrorism. Terrorists have this solidarity. There exists a well-organised “worldwide web” of terror. This system – within which people recognise each other by their “ideological odour” from afar – allows them to work together and coordinate very effectively. Therefore, a “terrorist international” of Islamist extremists exists. Therefore, whether we like it or not, we are allies with the United States. In Afghanistan, they are fighting also in defence of our interests. Just like in the North Caucasus we are fighting in defence of theirs.

At the same time, unfortunately, there’s no “anti-terrorist coalition”.What is preventing this? Deep political and ideological disagreements. Even though the disagreements between the US and the USSR in 1941 were more substantial than those today, difference is that in those days we understood that a common threat unites. Today, we all lack that understanding. At the same time, it seems our ambitious ideological differences are almost made up. I will speak on our behalf.

I can’t count the number of times I’ve heard idiotic conversations about “Western forces” being behind the terrorist attacks. To be fair, such rumours have seen their popularity fall as of late. But this isn’t enough. Not seeing the real threat, and confusing one’s potential enemies and allies is the best way to lose the war. In Russia, we have a unique understanding of terror. Let’s be honest, we believe that terror is what happens “in Russia”.

And we understand “Russia” not as the territories within our borders, but all of them except for the North Caucasus. In the minds of many Russians, there’s a mark that separates the North Caucasus from the rest of Russia. Only extreme attacks on a shocking scale – like Beslan – are able to shine through this prism of understanding that permeates our minds.

“Normal” terrorist attacks that occur almost daily there rarely register as something out of the ordinary in our collective mindset. We’ve gotten used to them, and I feel the residents of those regions may have a symmetrical attitude toward the rest of Russia.
And maybe these feelings are coming back to us like a boomerang. Terror is connected like the veins and arteries of an organism. The peak of this terror occurred in 2004: attacks in the Moscow Metro, plane bombings, Beslan and Kadyrov’s assassination. Over 500 people died in that year alone.

Then came a certain quiet. Battles continued in the North Caucasus, but, we were assured, with less intensity. Only a few remaining “demons” were left to be finished off.
Of course, there was no way to objectively determine whether the number of these “demons” was decreasing or not, and just what exactly they were demanding.
And now we’re again seeing more attacks: the Nevsky Express bombing (27 dead) on November 27, now – only four months later – 34 dead, dozens injured, an explosion “right under the nose” of the FSB. And ahead of us, the big political game of 2011-12 (parliamentary and presidential elections).

Not being an expert on security, I’ll limit myself to one modest comment. The FSB can’t work any more professionally than the rest of our government (which leaves much to be desired). Therefore – that is the quality of their work. So the question is: what do we have to change in our government as a whole? Today, the government is equally “strong” in all its facets: left unchanged, it could not make it through the 2011-12 gutter.

Leonid Radzikhovsky is a columnist at Rossiyskaya Gazeta.