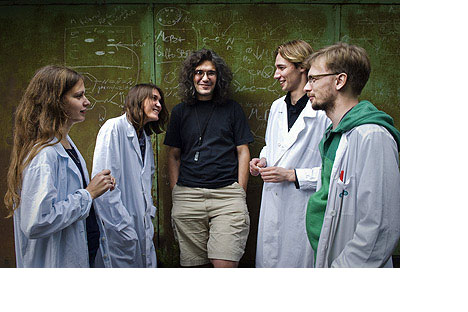 A “brain-gain” has begun in the IT and high-tech spheres. IT specialists, who left Russia to work abroad, are coming back. Amid an official drive for “modernisation” and a desire to diversify the economy away from hydrocarbons, specialists with Western experience in the high tech sphere are in high demand.

“IT project managers have, for many years, migrated to work abroad for large organisations or outsourcing companies. But, because of the crisis, which led to layoffs and salary reductions, many are considering moving back to their homeland,” says Denis Roshchin, partner at Triolit, a management recruiting company.

He notes a recent significant increase in the number of applications coming from job seekers with foreign experience who are now searching for a job in Russia. Job seekers from Europe and the United States write that they are ready to lead and develop projects in their home country.

“Workers lost the stability level, which they enjoyed before the crisis,” explains Roshchin.

Russian companies are willing to offer similar rewards: an IT project manager could receive a monthly salary of $5,000-10,000, which is similar to their salary abroad.

Moreover, Russian companies are able to offer their staff to develop some large-scale and interesting projects, which seldom happened before. Many experts return when their company opens a branch in Russia.

According to Marina Lukyantseva of Morgan Hunt, a staffing and recruiting company, an employer benefits greatly from having such an employee on their team, provided this is an international business.

“Companies that have operated on the international level have always employed people with Western experience, education, as well as expatriates,” she noted.

Experts believe, young brilliant high-tech talents are badly needed for modernisation of the country and stopping the brain drain is crucial for the its future.

The modernisation is a central component of the political agenda in today’s Russia, and a number of decisions have been recently taken to follow this route. One of them is the launch a large scientific centre that will pioneer the country's research and innovation, a Russia’s answer to Silicon Valley.

The high-tech town for young and creative scientists and businesspeople will be built from scratch near Moscow. It will lead research in areas considered critical for Russia's modernisation.

President Dmitry Medvedev has appointed Viktor Vekselberg, chairman of the board of directors of the Renova Group, as the manager of Skolkovo, a high-tech research and production hub project.

The business tycoon will coordinate the creation of “the Russian Silicon Valley” in Skolkovo, near Moscow. Medvedev wants the private sector to actively develop the research center, which will focus on energy, information technology, communication, biomedical research and nuclear technology.

The president announced the project in February as part of his policy of the country’s modernisation. The legal status of the Skolkovo project will be defined shortly. It is expected to attract prominent Russian and foreign scientists and businessmen.

Vekselberg, who is estimated to be Russia’s 23rd richest man, believes that this ambitious project will be successful if international companies participate in it. The task to create a self-sufficient hi-tech research and production center “will take us 5-7 years,” he stressed.

The Renova head will be the main coordinator of the Russian part of the project, Vedomosti daily said. One of the main tasks for Vekselberg as the chief of the Russian version of the Silicon Valley will be choosing a foreign co-chairman. It should be a man who “shares the ideas of creating the valley, a like-minded person,” the paper quoted Vekselberg as saying.

He personally wants the foreign candidate to be “a successful businessman.” In any case, the final decision will be taken by the government and the presidential administration.

The Russian “Silicon Valley” will be constructed on 370 hectares near the Skolkovo business school. It is expected that the volume of the state’s financing of the project will be announced in April at a meeting of the presidential commission on modernisation.

As the state allocates money, private companies should step in, and not only Russian ones. According to Dmitry Abzalov, analyst of the Center for Political Conjuncture, Vekselberg will be responsible for finding such companies.

Then the chief of the Skolkovo project will have to build an effective mechanism for selecting and working with innovation projects and link the research with the production, the analyst told the paper.

“If Vekselberg manages to solve these tasks effectively, Skolkovo may start working as an autonomous body without the participation of the state,” Abzalov said. “We will see the first results of his work by the summer or autumn 2010.”