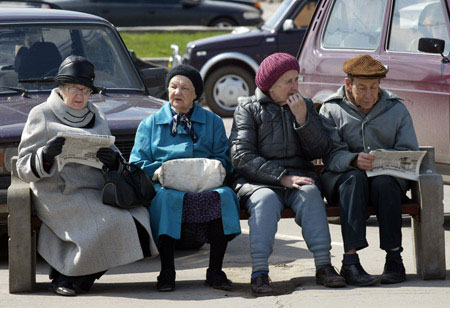 The Russian consulate in Kolkata has been keeping records ofits activities from the very start that include amassing animpressive collection of photographs.

As the Russian consulate general in Calcutta (now Kolkata) celebrates its 100th anniversary, Irinia Glushkova looks back at power politics, high-wire diplomacy and machinations of the mid-19th century ‘Great Game’ that led the mighty Britain to let Moscow open its first mission in the ‘Jewel in the British Crown’.

It took the Russian Foreign Ministry more than 40 years to overcome Britain’s resistance and open a mission in what Britain called “the jewel in its crown”.

This issue first came up in the late 1850s. However, the the smoke of the Crimean War (1853–1856) and the anti-British uprising in India (1857–1858) still hung in the air. Britain, preoccupied with consolidating its power in India, was frosty towards Russia’s diplomatic initiative.

Since diplomacy is invariably based on etiquette and parity, the price of reciprocity became clear after lengthy delays: in 1875, Britain opened its consulate in Tiflis (now Tbilisi). However, Russia’s stubborn adversary throughout the latter half of the 19th century did not rush to fulfill its part of the deal. “The Great Game” had already begun. The two empires confronted each other in Central Asia. However, the ruling Conservatives in Britain did not consider it their duty to honour the previous Labour government’s promise. In a dispatch to the Foreign Office on June 2, 1879 Viceroy of India Lord Lytton objected to the appointment of a Russian consul to Bombay (now Mumbai). At that time, Mumbai “was a venue for annual meetings of protesters, conspirators and plotters” and the viceroy anticipated “exaggerated reports about the discontent of our subjects”. Lord Lytton also wrote that the Foreign Office must demand Tashkent or Samarkand in exchange for Mumbai.

On his part, War Minister General Vannovsky wrote to Foreign Minister Nikolai Girs on June 27, 1885: “At present, the War Ministry has only one agent in Asia, at our mission in Peking; the headquarters of the Caucasian District receives some information from our instructors in Tehran but we have no way of following what is happening in India.”

The shadow of England’s new rival, Germany, appeared on the horizon and finally on August 11, 1899, Lord Salisbury, the then head of the Foreign Office, responded positively to Russian envoy in London Pavel Lessar. Lord Curzon, a notorious Russophobe, became the viceroy of India in the same year. In a telegram to Secretary of State for India Lord Hamilton, he wrote that the Russian consul was well-known in Central Asia and was sent to Mumbai not for commercial purposes alone.

Before long, Vasily (Wilhelm) von Klemm arrived here. An outstanding professional, he fitted the job perfectly. First, he was engaged in Oriental Studies at the Lazarev Institute of Oriental languages and at the Oriental languages section of the Foreign Ministry’s Asian Department, where he was later employed. Second, he had excellent diplomatic training: serving first with the Political Agency in Bukhara and later on as a Foreign Ministry official representing the border relations department of the governor of the Trans-Caspian Region.

Alexander Vygornitsky arrived soon here after Klemm. He mastered Hindustani (a mixture of Urdu and Hindi) at the officer corps in Bukhara and then polished it during his practical training in India.

Foreign Minister Count Vladimir Lamsdorf gave clear-cut instructions to Klemm: “India is primarily important for us because it is the British Empire’s most vulnerable spot, a sensitive nerve, which, if touched, may compel the Queen’s government to change its policy of hostility towards us and display the compliance desired on all issues where our interests clash.”

A brilliant analyst, Vasily Klemm sent detailed reports to the Foreign Ministry about the traditions of India, its economy, political and military events. Written racily, his dispatches read like a detective story. He was quick to realise the importance of promoting trade. He sent cinchona seeds to the Sukhum experimental station and found capable teachers for familiarising Russians with Indian languages. He worked unstintingly to create a positive image of Russia, befriending upper class Indians and intellectuals and, last but not the least, was a talented intelligence officer. He did not miss a single move in the redeployment of Anglo-Indian troops and the activities of English diplomats in Afghanistan and Tibet.

The British-Indian administration always kept an eye on Klemm and barred him from moving around the country. His servants, both in the office and at home, reported to the police about his every step and even his mail was torn open.

Klemm worked in Mumbai until 1906. Subsequently, he served as the consul general in Meshed, Iran, headed the Foreign Ministry’s Third (Central Asian) Political Department until 1917 and was a diplomatic envoy of the White anti-Bolshevik movement of Admiral Kolchak in Vladivostok. Eventually, he moved to China and disappeared. The date of his death is unknown.

In 1908, the Russian Foreign Ministry in St Petersburg requested their British counterparts to allow them to move the consulate from to Kolkata, closer to the Anglo-Indian government. Finally, the Brits acceded to the request in 1910, several months before the the Indian capital moved from Kolkata to Delhi.

Excerpts from a piece by Irina Glushkova, the author of several books on Indian culture