RBTH
Fyodor Rozovskiy, the Director of the RCSC in New Delhi 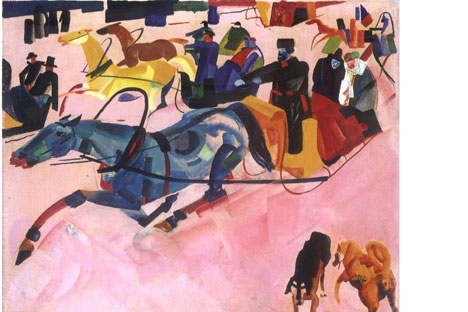 The nerve centre and hub of activities promoting Russian-Indian relations in different spheres, the Russian Centre of Science and Culture (RCSC) in New Delhi marks its 45th anniversary in March, 2010.

Set up in 1958 as the Cultural Department of the Embassy of the USSR at the Travancore House, Curzon Road, it started functioning in 1965 as Soviet Cultural Centre at 24, Ferozeshah Road, New Delhi.

The new building came into being in January 1982 and was called House of Soviet Science, Culture and Art. The centre assumed the new nomenclature of the Russian Centre of Science and Culture in 1992, functioning as a branch of the Russian Centre of International Scientific and Cultural Cooperation (Roszarubezhcentre). In the end of 2008, it became the Indian Representative Office of the Federal Agency for CIS Affairs, Russian Compatriots Abroad and International Humanitarian Cooperation (Rossotrudnichestvo), an autonomous body functioning under the Ministry of Foreign Affairs of the Russian Federation in 68 countries of the world. India is the only country where Rossotrudnichestvo has five Russian Centres of Science and Culture.

It is the rare privilege of the RCSC to record the gracious visits of distinguished dignitaries and world leaders such as Mrs. Indira Gandhi, Mr. M.S.Gorbachev, Mr. A.K.Gujral, Mr. A.B.Vajpayee, Mrs. L.A. Putina and others.

The successful accomplishment of the “Year of Russia in India” in 2008 and the “Year of India in Russia” in 2009 with momentous events showcasing each other’s history and culture are important milestones in the long annals of Russian-Indian relations.

The Year 2010 will become as bright and saturated as the previous two. The main event of the anniversary year - a unique art exhibition «Russian Winter» from the collection of the State Russian Museum was recently opened at RCSC. Thirty-three rare paintings, all classical 19th and 20th century Russian winter landscapes by leading artists, have stepped out of the world famous museum at St.Petersburg for the first time in the archive's 115-year-old history for a show in the Indian capital.