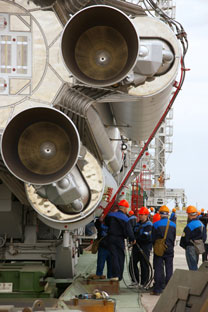 After all these years of hosting interesting people on television shows, the questions that I am often asked are ‘Who has been your most interesting guest?’ and ‘How was he (or she) in person?’. The first one is easy to answer since all my guests have something out of the ordinary to offer. I tell them to wait for my book. The second question is usually about a specific interview and what people are really curious about is to know about the person beyond what is presented on their screens.

In this area, Vladimir Putin is a winner by far. He has generated more questions for me than any other. People from varied social and economic groups want to know more about the man and what were my impressions about him. That seems strange because Putin is an open man and loves to interact with people.

My interaction with him has been on two occasions – in 2007, I interviewed him while he was President, for my TV programme, Insight with Vickram Bahl and during his March 2010 visit to India where I moderated his live Internet interaction with people from three centres across India asking him wide ranging questions.

Both lasted over an hour and Putin came across as relaxed, frank and friendly. In fact, not much has changed in these three years; I noticed that he wore the same style of shoes and the same black dial watch that looks very much like a regular watch pilots wear, on his right wrist.

The questions from people were at times very narrow and pointed. “Why were customs authorities confiscating tea samples?” Others hit upon larger issues that affect people to people contacts, such as the difficulties in getting long-term short stay visas. Putin not only replied these questions with words but also with enthusiasm in his body language. That is something my camera teams have learnt to deal with. Putin always moves a great deal in his chair. This keeps the camera teams re-framing the shots and gives life and variety to a simple talk show. In fact, his energetic mannerism is infectious.

My questions were more towards world affairs, terrorism, Afghanistan, Pakistan and even a personal one – his preference in tea. Some questions, like on trade and investment, require figures but Putin never refers to notes for his answers. He sometimes scrawled bullet points when questions were being asked. Presumably, his personal staff discreetly pocketed the writing pad soon after the interview, lest someone take it as a souvenir.

But what was a first for me in my career was the way we ended the programme. As the usual practice is, I thanked Putin and proceeded to thank my location hosts, the audience and close the programme. Suddenly, I had Putin hold my arm and excuse the interruption in order to thank everyone and me and give a final message. His warmth in actions and words touched the hearts of many and for me this was evidence that he enjoyed being with the people of India.