Have you ever heard of Chistopol? 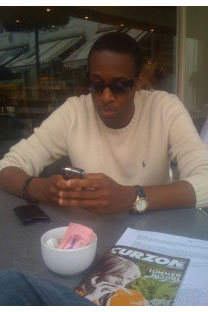 Have you heard of Chistopol?

Okay, let’s start with an easier one, have you ever heard of Moscow? Chances are you've heard of Moscow and know that it’s the capital city of Russia. Equally, chances are, before I just mentioned the word Chistopol, you didn’t even know it existed, but you can probably guess that its a place in Russia, and you would be right. I am sitting in Chistopol right now, in a studio apartment just outside the town center.

Most people don't know anything about Russia beyond Moscow. In this blog, I am hoping to bring awareness to the fact that Moscow is vastly different from the majority of cities and regions in Russia. If you were to go to Moscow, you would see a very advanced, very modern city with all the amenities, facilities, and luxuries that you would expect to see in any modern city around the world. To most Russians outside of the capital, Moscow is a completely different world, with its own social rules and etiquette, a place of excess and privilege that can rarely be understood by the average Russian.

Russia is an emerging market, it's part of the BRIC (Brazil, Russia, India, and China) group of the fast growing emerging economies in the world, but many people don't see this. So I am going to share some of my experiences of life outside of Moscow, what I like to consider as the real Russia.

My first visit to Russia was not to Moscow, but to Kazan. Kazan is a vibrant city with 2 million people. There’s a lot of shops, amenities, and developments there, but the standard of living is no where near Moscow. Kazan is the capital of Tatarstan, a large oil-rich region in the middle of Russia. There are many shopping malls such as MEGA, which is owned by IKEA, and there are a number of boutique stores. There are ice rings, boxing rings, and more recently, a tennis court complex, as Kazan gears up for the 2013 University Games. However, there are several things that clue you into the emerging market environment, such as the mishmash building styles, and the skyline that is crowded with cranes and diggers, or even the Lada taxis. I remember I was once returning to my apartment in Kazan and noticed my driver had a palm pilot on the dash, but no roof light for me to see the money I was handing him, as the car was too old.

Take an hour's drive out of Kazan and you will end up in Chistopol, where I currently live and work, setting up multiple projects for my investment company Blue Sky Labs (www.blueskylabsfund.com). Here, in Chistopol, I am further removed from modern society, the roads quite bad and the buildings are no more than 4-5 stories high. There are 70,000 residents, and the best way to describe the level of living is to give you a few examples. The average salary is 10,000 rubles ($340) per month. The bill payments I pay for the flat (water, heating, gas, etc) are never more than 3,000 rubles ($100). Gas is the cheapest - it costs only around 50 rubles ($2) per month. With these salaries, you can imagine the way people live. The market is very vibrant, where you can buy everything from meat to clothing. However it should not be confused into thinking Chistopol is in the dark ages. On the contrary, people live comfortably, within their means and the things around them are aligned to their purchasing power. For example, there are two good restaurants in Chistopol and I can enjoy a meal in Chistopol for 2 people with 3 courses for 600 RUB ($20). For most people, though, even this is expensive, and eating out is reserved for special occasions or celebrations. There are several factories in the town including, a vodka factory, bread factory, milk factory, brick factory, and most notably, the Vostok watch factory, that is one of the last remaining watch factories in the world that can create a mechanical watch from start to finish (I believe there are only five worldwide). I actually love the brand and own several watches – they are not expensive and they're very reliable.

So what are we seeing? It’s the picture of an emerging region coming into focus. But I want to go one step further and say, most of the cities and towns in Russia have more in common with Kazan or Chistopol than they do with Moscow. The disparity between Moscow and these areas are vast indeed. The real Russia is outside of Moscow. I think people abroad need to take the time to learn about Russia beyond their limited knowledge and experiences. I also think that internally, Russia needs to focus more on showcasing their emerging market qualities and increase attention on the areas outside of Moscow. I think this is the first step in a long line of steps that will help Russia become more attractive to tourists and businesses. Not everywhere is as expensive as Moscow, most places are just as pleasant to live in, and from a business perspective it is only outside Moscow that you can truly capture the “low hanging fruit” that is synonymous with emerging markets locations. My future articles will be more business orientated, but I needed to lay the foundation and help frame what I feel is the real Russia.

So have you heard about Chistopol? Well now...you can say you have.