More of your questions! The inner workings of the Kremlin and quoting Pushkin while drunk 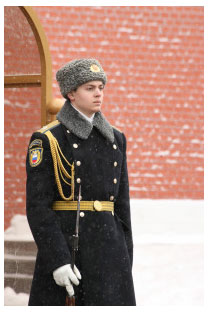 Nils from Utah asks: Does anyone know how Russia’s government actually works?

Dear Nils: Good question, although President Dmitry Medvedev told George Stephanopolos on Good Morning America that he is a leeeeetle tired of having to answer that one, so I will just refer you to this handy Web site www.Gov.ru, which I find very helpful when pondering just how things work over at the Kremlin.

Jody from Texas wonders: Does everyone in Russia have a vaguely threatening accent as portrayed in film?

Dear Jody: Slightly silly question. The only people in Russian films who have vaguely threatening accents are non-Russians. The great exception to this is Americans, who merely sound stupid in Russian films.

Anne from Maryland asks: Can everyone really quote Pushkin even when they are drunk in a bar? My Advanced Placement Russian Lit Teacher said they could and we were never sure if he was just trying to make us believe that people really read this stuff or what?

Dear Anne: Interesting question, and let me lob this one back at you: Did you take your Russian AP test? If so, tell me how well you did without a thorough study of Russia’s greatest poet? Not too well, I imagine.
Yes, most Russians can recite huge chunks of Pushkin, and I envy them that. Pushkin’s poetry is epic, soaring, and beautiful, and forms a major contribution to not only Russian, but world literature as well.

This brings up an interesting point, which is that much of Russian education is learning things by rote and repeating them back to the teacher. While this may not flex the creative muscles, it does get engrained early, and so, like the lyrics to the beginning of “Gilligan’s Island” or “The Wombles,” you are likely to remember these words even when drunk in a bar. And I, for one, would rather listen to Eugene Onegin than The Brady Bunch.

Do you have a question about the world’s largest country? Baffled by something you heard about Russia and the Russians? Leave a comment with your question, or e-mail me, and we’ll answer it right here on Russia Lite!