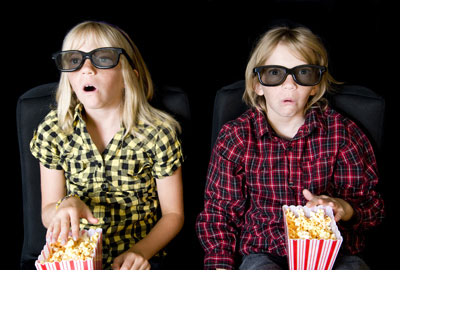 In February 2010, Russia’s General Satellite and Platforma HD and Korea’s Samsung Electronics announced the launch in Russia of a joint 3D broadcast. “Along with America’s DirecTV and Britain’s SkyUK, the Russian project is a pioneer in developing 3D television,” said Nikolai Gyubbenet, general director of Platforma HD, a leading pay-TV company.

The average Russian watches far more television than his or her western European or American counterpart, according to Russia’s Cable TV Association. Growth in personal incomes combined with scepticism about state-controlled channels, has made pay TV increasingly popular. “Various statistics indicate that the volume of the pay-TV market in 2009 exceeded $1bn,” added Gyubbenet.

By early 2009, the number of users of pay TV had topped 19 million (14pc of Russia’s population), according to iKS-Consulting.

Of late, pay TV has assumed a more democratic quality: it has ceased to be a status symbol and become a mass phenomenon. “This tendency is reflected even in the fairly young and far smaller market of HDTV (high-definition television),” said Gyubbenet. According to his estimates, the number of HD subscribers is currently not more than 100,000. If one adds family members, this number might reach 400,000. But bear in mind that HD television appeared in Russia only in 2006 and the number of HD subscribers today is ten times what it was only two years ago.

The number of people who own televisions with the proper format is hundreds of times greater. In Moscow, almost every third family now owns an HD television, and the cost of HDTV televisions drops every year. Today, most television sets sold in Russia have the HD format. And it would seem that interest in HDTV has not been dented by the severity of the recent financial crisis.

Production of 3D television equipment has started in the Kaliningrad region. According to deputy prime minister Sergei Ivanov, who recently visited the plant, the cost of the 3D television, receiver and glasses is still fairly high. “But as the economy develops, and people’s interest in quality grows, this market will expand,” said Ivanov.

And it may well be that the subscriber base for this new-format television will grow after General Satellite and Samsung have organised (as planned) production of this equipment for Russia’s largest satellite operator Tricolor TV, whose subscriber base even now numbers several million users.

“In Russia, the HDTV market is far from saturated, while the battles for 3D subscribers haven’t even begun,” said Maxim Savvatin, an analyst at iKS-Consulting. “They will take place on the field of content, where the choice in 3D will be even smaller than in HD.”

The cost of an HD television that supports a three-dimensional picture ranges from $900-$1500, stereoglasses from $200-$260, a receiver and a year’s subscription to HDTV over $500. The 3D TV market relates to high-quality services of the next generation,” said an analyst at Incor Alliance. “That means that it will be in demand only in large financial and industrial centers in Russia. The potential market is estimated at 200,000 to 300,000 sets.”

In Russia, a home movie theater used to be considered a luxury, but now even mid-level managers will be able to buy themselves the necessary equipment. And the cost of stereoglasses and a receiver will not keep them from switching to a 3D format.

How quickly the new technology becomes widespread will also depend on content. Giants such as Sony, Pixar and Disney have stated that they are interested in 3D, and experts estimate that by 2013, the 3D market will total $15.5bn.

Technologies for making an existing picture 3D are expensive, but it is possible to rent the equipment and software. Russian suppliers of content appear ready to get involved in the new market after satellite technologies passed the 3D test last year. Then, British subscription channel Sky broadcast a Keane concert live in 3D, while in France, the Mozart opera Don Giovanni was broadcast in spacialised sound and 3D video-images from the Rennes Opera.

In late January of this year a London pub showed a 3D broadcast of a soccer match between Arsenal and Manchester United. Eyewitnesses say the bar was jam packed and the sensation of watching “simply fantastic”.

Today, a number of Russian companies are participating successfully in international projects connected with 3D. Mr Ivanov recently announced that in April a gala ballet performance, featuring Maya Plisetskaya, will be broadcast throughout Europe in 3D.


Dogs in space – a 3D odyssey
Following the popularity of James Cameron’s Avatar on Russian screens, the country’s own Centre of National Film (one of the largest film studios during Soviet times) has produced the first modern Russian animation in 3D. 'Belka and Strelka' is based on the true story of two dogs who were sent into space in 1960: the release of the cartoon marks the 50th anniversary of their flight. During the early stages of the Soviet space programme, the animals were sent into space to test life-support systems aboard spacecraft.The real Belka and Strelka returned safely to earth, and Strelka later gave birth to puppies. One of the puppies was sent to Caroline Kennedy (daughter of then US President John F Kennedy) as a gift by Soviet leader Nikita Khrushchev.
In the cartoon, the dogs are shown being caught on a Moscow street and taken to a research centre where they are trained for space flight with a series of tests and sessions in a spinning centrifuge. Then it's time for them to blast off into space, along with a fast-talking rat called Venya - in real life, the dogs travelled with mice, plants and insects. Belka and Strelka do not just spend a day in orbit, but go on a space walk and even change the batteries in a Soviet Sputnik.