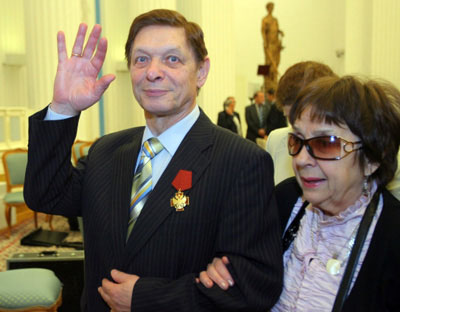 The global financial crisis will act as a catalyst for the BRIC countries’ growth. Forced to work more closely together, they will overtake their developed peers sooner than expected as they play their two trump cards.

“If Goldman Sachs erred when it coined the acronym 'BRIC', it was only in the modesty of its expectations,” said Roberto Jaguaribe of the Brazilian Foreign Ministry. Speaking ahead of the second BRIC summit, Jaguaribe described it as “not an instrument for making binding decisions, but a format which helps coordinate the positions of countries producing 40pc of the world’s GDP”.

While their paths to prominence may differ, the BRICs (Brazil, Russia, India, China) have all been confirmed as members of the world's economic elite in the last year. The future of the BRICs may depend less on external factors than the development of relations within the club.

Partly as a result of their faith in big and bold sectors of the industry that have sometimes been neglected in the west (all four retain their own aircraft, automotive and nuclear industries), the BRICs emerged from the financial crisis looking better-placed than ever. But China's and India's drives to develop their domestic demand were significant, giving external investors a sense of added security.

Speaking to an analyst from a major Japanese bank at the beginning of this year after Russia's GDP fell by 7.8 pc in 2009, I heard quite a lot of harsh – though often justfied – criticism of Russia.

Most of it concerned the Russian economy’s perceived dependence on oil exports and never-ending bureaucracy. However, when asked why he didn't simply leave if things were so bad, he retorted: “Don’t confuse macroeconomic estimates with earning money.”

According to figures from the Skolkovo Institute for Emerging Market Studies, despite panicked investors fleeing some markets following the credit crisis, BRIC markets began recovering faster than others.

Over the longer term, in the past ten years, BRIC stock markets have displayed the biggest returns on investment. The fastest growth (724 pc) was demonstrated by Russia’s RTS Index, followed by Brazil’s Bovespa (301 pc), India's Sensex (249 pc) and China's Shanghai A Share (140 pc). Over the same period, the American Dow 30 lost 8.9 pc, and the British S&P 500 slumped by 24 pc. The bond markets look similar: in Russia, the market appreciated by 575 pc; in Brazil by 273 pc and in China by 100 pc.

Admittedly, this year, market growth in the BRIC countries wasn't as dramatic. However, according to Reuters, the BRIC countries still dominated activity on the IPO market (67 pc). Primary and secondary public offerings exceeded the previous year’s issues almost fourfold.

Having survived the global crisis, what will the BRICs do next – carry on where they left off or change the game plan? Leaders of the BRICs have at least two trump cards up their sleeves, which they could use .

The first is ditching the US dollar as the medium of exchange within the club. This issue may be brought up during the BRIC summit, although Jaguaribe attempted to dampen speculation that a decision would be taken any time soon. Quoted by Russian website Vedomosti.ru, the Brazilian diplomat said that though member countries could dismiss the dollar for mutual trade, “they also understand that haste in this issue could lead to losses".

Current trade volumes between the BRICs are relatively small but expanding rapidly. According to Skolkovo, from 2000 to 2008, the internal trade volume between BRICs grew tenfold, from $15.3 bn to $158 bn. The Institute predicts that trade between the BRIC countries will grow at an annual rate of 12 pc, reaching $1 trln by 2030.

Hitting those figures depends on the BRICs countries staying on good terms with each other, which is far from certain in a scenario where competition will intensify. Possible sources of friction could arise from deciding whose currency will be the main medium of exchange. Experts point out that Brazil, Russia and India will be wary of swapping the dominant American dollar for dominant Chinese yuan.

The second trump is potentially even stronger and it could be played on dinner tables around the globe: coordinated control of the world food supply.

According to information published during the March meeting of the BRICs agriculture ministers, the club produces 40 pc of the world’s wheat, half of its pork, and a third of its beef and poultry. The territory of BRIC members includes 32 pc of the Earth’s land under cultivation. At the same time, over 40 pc of the Earth’s population live in BRIC member states.

According to the Russian press, during the meeting in Moscow, the ministers signed a joint declaration setting the priority areas of cooperation in the agricultural sector. In particular, the declaration stipulates foundation of an agricultural knowledge base. It will allow a comprehensive analysis of food safety and coordination in the formation of national food reserves. Ministers have also agreed upon the development of a joint strategy regulating the creation of social food supply systems, since a sizeable part of the BRICs’ population is underprivileged and requires support from the state.

While the BRIC members may not try to form a fully-fledged price-fixing cartel similar to OPEC, the potential to control what food goes where should not be underestimated with the world population rising and existing resources stretched to the limit. “Cooperation in the agro-industrial sphere will be key for BRIC. Russia and Brazil have colossal potential for the manufacture of all kinds of products, while a very large part of the planet's population lives in China and India,” said Arkady Zlochevsky, President of the Russian Grain Union.

The Russian Ministry of Agriculture freely admits the aim of the quadrilateral declaration is ultimately to “influence global processes more efficiently” though it adds that also it includes provisions to make sure BRICs citizens don't go hungry.

“They have the money but we have the food.” In the age of the BRICs, it's uncertain which is more valuable.

The BRIC leaders must show the ability of the club to deploy its collective economic weight towards solving internal and global challenges.