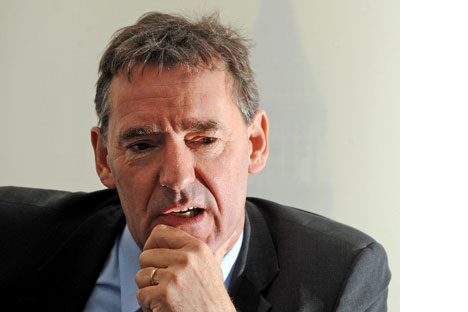 Coining the term "BRIC" in 2001 by Goldman Sachs' Head of Global Economics Jim O’Neill caused quite a revolution. Following Russia’s drubbing in the recent crisis, some sceptics have suggested dropping the R in the acronym, but O’Neill claims that his original forecast that Brazil, Russia, India and China will increasingly challenge the world’s developed economies is now closer to realisation than ever. Indeed, he sees the BRICs – and especially their emerging hordes of consumers – as the main drivers of global growth for the foreseeable future.

If anything, the crisis has only catalysed the catch-up process the BRIC countries have been enjoying. Six years ago, O’Neill suggested that the BRIC economies would equal the G7 in size by 2040 or so. With the group having contributed 45 pc of global growth since the start of the crisis in 2007, he now projects that the meeting point could now come as early as 2032.

“What does seem clear,” says O’Neill in an interview broadcast on the bank’s website, “is that the global credit crisis and its aftermath have caused more damage to the major developed economies than to the BRICs.”

“If there’s one big eye-catching surprise, it’s the speed of the development of size of the BRIC economies,” says O’Neill. “Collectively, they now make up 16 pc of global GDP. Each of them has reached a level of dollar GDP value that we didn’t think possible until 2015.”

China has been the undisputed winner for the global meltdown, but O’Neill says that Brazil and India have also been big winners, exceeding all expectations. Russia’s poor performance since start of the crisis has “disappointed”, but he says, it has performed better than most realise: Russia’s average GDP growth since 2003 – and including the 7 pc plus contraction in 2009 - has been only slightly below the average 5 pc a year. “Although Russia has struggled through the crisis, we see little reason why it should not still be regarded as a BRIC, and we still believe that Russia could become bigger than Japan,” says O’Neill.

The BRIC consumer to the rescue

Ironically, the crisis has probably been good for China, he suggests, as it’s made the needed shift from export-lead growth to concentrating on developing its domestic consumption as a driver for growth. Although not on the same level, the same is true of Brazil and India.
“Thinking about the population of those countries, the fact of the matter is that close to three billion people around the world, which is half of the world's population, haven't really been touched by this crisis in the way that most people talk about.”

That 50 pc of the globe is providing much needed growth to replace dwindling demand in developed economies for sectors across the board, be it the auto industry, mobile phones or commodities. O’Neill points at the average monthly subscription rate for mobile phones in just India and China as one example where 32mn people per month are signing up in those two countries alone. That’s the equivalent of the entire UK signing up every two months.

“It’s a relief for the world,” says O’Neill, “because in many ways the BRIC consumer is taking over the mantle of key marginal driver from the US”.

Despite his enormous expectations for the BRIC economies, O’Neill sounds a note of caution to those looking to invest in stocks in the four countries this year, except for Russia.

The recovery of equity prices in Brazil, India and China were so strong in 2009 that valuations are no longer as compelling as they were last year.

On the other hand, anticipation of monetary tightening to reduce liquidity in the economies could make investment in equities risky.

Russia however stands apart from the others here. Having taken a far harder hit in the crisis, and with sluggish economic recovery to date, there’s a lot more scope for appreciation. The earlier stage of recovery in the Russian economy also means that monetary tightening is not on the agenda. It’s for these reasons that O’Neill says that the one BRIC he likes best, “for 2010 is the one people keep saying we should exclude from the group – Russia.”

O’Neill says Russia is the BRIC that has the most fundamental issues to address. “As has been illustrated in the crisis, Russia is too dependent on commodities prices, still has corporate governance issues, and has weak demographics.”

Elsewhere, he sees Brazil’s challenge as simply getting used to people being in love with it. “It’s managed to keep inflation relatively low and stable. It’s attracting a lot of capital flow, but has introduced controls to reduce the attraction.”

Meanwhile, for India the issue is tough, but straightforward: infrastructure. “The new government is talking big about rapidly increasing road building,” he points out. “If they manage it, then that would be a fantastic positive development. But as very often with the Indian government, you have to ask how serious they are about what they say.”

1 The BRICs could become as big as the G7 by 2032, about seven years earlier than we originally believed as possible.

2 Between 2000 and 2008, the BRICs contributed almost 30 pc to global growth in US dollar terms, compared with around 16 pc in the previous decade.

3 Since the start of the financial crisis in 2007, some 45 pc of global growth has come from the BRICs, up from 24 pc in the first six years of the decade.

4 Long-term projections suggest that the BRICs could account for almost 50 pc of global equity markets by 2050.

5 BRIC economies will likely account for more than 70 pc of global car sales growth in the next decade.

Goldman Sachs' head of research and the man who coined the term "BRIC", Jim O’Neill talks about how the crisis has impacted the countries.
(as per December 2009 figures)