In the face of terror we are now united 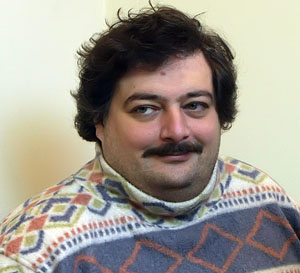 One must determine one’s position with respect to that absolute evil that Thomas Mann called morally salutary. The answer is elementary: don’t do what they want.

What they need is more or less clear. They need an avalanche of the mutual recriminations that tend to accompany any disaster (military, traffic or technological) in Russia.

“It’s all because of you and your freedom.”

“No, it’s because of you tightening the screws.”

“The security services did it to get people’s minds off their problems.”

“The opposition did it to get people to take to the streets.”

“This is payback for Putin’s fat years and Medvedev’s innovations, for the Chechen war and for its cessation.”

In short, there is no shortage of interpretations.

At first glance it seems the moment for the metro bombings was well chosen: March 29 was the first day of Passion Week, the end of Lent. Beyond the religious meaning, there is the political one: Russia is at a critical juncture – the old world view is no longer relevant, while a new world view has yet to take shape.

The answer to the question of who did this is again extremely simple: this was done by non-people. The war going on is not between conservatives and reformers, not between Russia and the Caucasus, but between people and non-people.

The aim of non-people is that as many people turn into them as possible. Anyone who turns a terrorist act into an argument against his political opponents is one step closer to being a non-person, no matter what camp he is in. Anyone who uses terrorist acts to attack the opposition once again, to strangle the press and curtail reforms is on the same path. That sort of thing leads to the splits and divisions for which those non-people are anxiously waiting.

Once upon a time even Beslan did not bring us together: people were too busy assigning blame. But in 2004 sound judgments were in short supply; today the hypnosis about Russia “getting up off its knees” doesn’t really convince anyone. Therefore, there is a chance that the everlasting squabble will end, and certain simple things will be realised.

The attacks were not a response to one specific thing, but to everything, to the sum total – to the absence of a clear policy and cultural expansion in the Caucasus; to the open tolerance of the archaic lawlessness that reigns there (with endless references to “tradition”); to the demagoguery of both the “hair-raising” and the “innovative” kind; to the brazen politicians from the military and security services and their seeing any thinking person as an enemy of the people; to what Lev Anninsky rightly called (with respect to the end of the 19th century) “a chronic and epidemic tolerance of one’s own weaknesses”.

But, lately, some people have started to have their suspicions about this tolerance. Which is why at second glance the moment for the explosions in the Moscow metro does not seem to have been well chosen – I would even say that it was hopelessly ill chosen. This is not surprising: the main physical law of the universe that is borne out every day is that evil is effective at short distances; it’s the principal of the lever, nothing more. For this reason, it cannot calculate two steps ahead and digs its own grave with a doggedness touching to any patient observer. Terror does not create new essences or new tendencies. It is a virus pure and simple, a destructive programme that reproduces itself without any positive meaning. Terror merely manifests what already exists in society and accelerates processes already occurring. And the processes occurring in Russia today are by no means bad. They are complex, ambiguous and numerous, but the main ones, I think, are encouraging.

In future, we will have to live without myths; perhaps the recent temptation of the raw materials imperial paradigm was necessary for a complete recovery, as a last inoculation. I see ripening in society a self-loathing and this is a highly fruitful emotion. People do not want to lie and listen to lies, they do not want to be distracted; they want to think.

Society’s recovery will inevitably come about – and quickly, I think – regardless of how serious are the intentions of the Russian president and the elites opposing him. When it’s a question of Russia’s existence, the country keeps itself independent of the powers that be and, sometimes, even despite the powers that be. For all that Russia is reckless, her self-preservation instinct is strong. Russia is too great in all senses to kill herself because of someone’s personal limitations, be it those of the authorities or those of the opposition – going to absurd and humiliating extremes, Russia usually bethinks herself. Whoever doesn’t see this process today, or takes it for the result of a Western bribe is, at the very least, weak-sighted.

Russia does not need a new myth about greatness and does not need angry demonstrations. She needs self-respect, focus and work; the ability to formulate her thoughts and come to an agreement. She needs all her citizens, regardless of property or ethnicity; she needs all people, except non-people.

Russia has been moving in this direction recently, as far as I can judge, and any external cataclysms will only accelerate this movement – as we saw the day of the explosions when thousands of Muscovites went about helping each other without words and without panic.

Whoever timed these terrorist acts to coincide with the start of Passion Week should remember how that week ends. It ends with the Resurrection… which no one can take away.

Dmitry Bykov is a writer and TV presenter