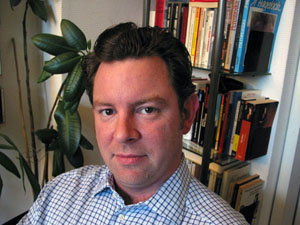 But unlike the global crisis that burnt the world’s economy 18 months ago, this new crisis looks a lot like the run up to Russia's 1998 financial crisis; that one was bad for Russia but had a very short lived impact on the rest of the world. This time round rather than being infected by a potential Greek collapse, Russia is on the other side of the fence as one of the strong countries that will little more than a bump on the path that leads back to strong growth.

I remember the start of 1998 well. Things were actually looking a lot better than at any time in the past. The economy had put in its first ever positive (albeit anaemic) growth that year and the big news story was the upcoming merger between oil companies Yukos and Sibneft (owned by Mikhail Khodorkovsky and Boris Berezovsky respectively) to form "Yuksi", which would have become the biggest oil company in the world.

On the political front, Boris Yeltsin was more or less compos mentis for once and had just hired a raft of "young reformers" into senior positions in the government including Sergei Kiriyenko and Boris Nemtsov, who were saying all the right things about finally cracking on with the job of real reform. And most importantly the yields on the government T-bills, the GKO, had fallen into the low teens making the refinancing of the 8%-off budget deficit progressively easier. Indeed, things were looking so good leading Eastern European fund manager, the Swedish-base East Capital, decided to launch its inaugural Russia fund in April of that year.

Then it all blew up.

The Asian currency crisis, that happened a year before and wrecked the economies of the so-called Asian Tigers, finally fed through into commodity prices and oil prices in particular collapsed from about $25 a barrel to $10. I was on holiday that Easter as the first shock waves arrived and began to desperately re-write the upbeat reports I had filled a few weeks before as things quickly spun out of control. Yields on GKOs soared to over 200% over the next month and Russia turned to the IMF for loans to prop up the economy (which were promptly stolen by well connected bankers as the so-called "stabilisation loans" were immediately whisked off shore).

It all came to a head on August 17, 1998 when the government called it quits. The ruble was cut to a quarter of its value and the government put a five-year moratorium on all international debt repayment as international reserves fell to a staggeringly small $9.1bn, about 2% of what they are today and hardly enough to cover the Kremlin’s stationary bill.

The reaction of the stock market was surprisingly out of sync with the bond market. Portfolio investors had already got the willies nine months earlier. The stock market hit its all time high on October 6, 1997 when the RTS reached 571 (a little bit more than the low of 492 hit in the depths of this crisis on January 23, 2009). By August 17, 1998 the index had fallen to 109, but oddly it took another month and a half to reach bottom of 38.5 on October 5. The recovery was long, painful and volatile: the RTS didn't recover all the ground lost until almost exactly four years later when the RTS closed at 573 on October 1, 2003.

Now history is repeating itself with Greece. A €110bn bailout deal has been struck with Germany and the other EU members (despite the ban on bailouts in the EU treaty) that is due to be approved on Friday May 7. But the bond markets in particular don’t believe it will go through (because of the ban?) and spreads on Greek bonds – like those on GKOs in 1998 – are widening rapidly. Worse the collywobbles are spreading to other periphery countries (especially the so-called PIGS of Portugal, Ireland, Greece and Spain) as rumours fly; it was reported that Spain has approached the IMF for a €280bn loan, among other things.

Predictably stock markets around the world have sold off heavily. In Russia the RTS has dropped from its April high of around 1690 to about 1500 today, May 5. Yields on bonds are also up while investors drop the risker paper there were holding.

If this “second wave” plays out like that in 1998 the spreads will kill any chance Greece’s bail out has of working as the cost of borrowing soars and Athens will be forced to withdraw from the Eurozone, immediately devaluing the drachma in order to put its financial house in order. Driving this fear is the experience of Argentina that tried to impose too severe an austerity programme in 2001 and subsequently collapsed, as news media are gleefully reminding everyone.

In Russia’s case the fear is that the collapse of Greece will suppress the nascent recovery and depress oil prices and so, at best, take the wind out of Russia’s sails, and, at worst, cause a real second wave of financial instability.

But what would really happen if Greece does go phut?

The first thing to note is that unlike the collapse in September 2008 this time the problems are regional and not global. In this sense the current problems are very like 1998 as the Asian collapse lead to the Russian collapse, but in the rest of the world it was business as usual. Remember that at the same time as these regions were melting down America and western Europe were enjoying the heady excesses of the dotcom bubble that didn’t blow up until 2000 (ironically the year Russia put in its strongest growth on record). The heath of the rest of the world allowed Russia’s economy to bounce back a lot more quickly than otherwise as it had global markets to cater to.

The same is true now. Although European and US growth is sluggish they are both growing, but this time round there are the new BRIC growth markets to make up the difference and provide Russia with the markets it needs to hold up commodity exports, among other things.

Secondly it should be noted that Greece’s implosion, while tragic for the Greeks, would not have that big an impact on the rest of the Continent as Greece’s economy is not that big: GDP was €239bn at the end of 2009 according to the EU, or about a fifth of Russia’s economy and tiny fraction of the EU’s total GDP of €11.8 trillion in 2009. Greece’s fall would of course do damage and there would be some contagion to other countries at the edge of Europe, but the current fears are overblown. The president is Russia’s own collapse in 1998, which hit international markets, but it took only four months for the rest of the world to absorbed this hit.

Finally there is clearly a disconnect between what is happening on the stock market and what is happening in the economy driven by the uncertainty. Crisis do a lot of damage to emerging markets, but thanks to the very underdevelopment of those markets these crises are a lot less “sticky.” We have made this point before, but for example, the average debt of the average Russian is on the order of $900, whereas the same for the average American is over $40,000; a Russian who loses his job in a crisis can scrap together enough money to pay off his debts from friends and family, whereas if an American loses his job he is in real trouble and will take years to get back to flat.

Russia economic recovery is gaining momentum fast. Just taking results that were reported today, these include: the maker of the Lada Avtovaz reported that sales were up 57% over the first quarter; Moscow reports all time record sales of residential apartments up 66% year-on-year ; exports of gas to Europe were up 27% over the first three months; over all oil production was more or less flat, but production from greenfield sites in the new eastern Siberian territories is soaring and already accounts for 6% of Russia’s total oil production, says VTB Capital; and a slew of companies have been reporting double digit gains in earnings over the last few weeks as nearly everyone’s businesses recovery.

More generally the Ministry of Economics reports the average price for oil this year so far is about $76 per barrel, well ahead of the $58 assumed by the budget, and so have upgraded its growth forecast to 4% for the whole year, while the investment banks are predicting up to 8% growth in the second half of the year. And the VTB manufacturing PMI index, that measures business activity, is up too, indicating there is also strong growth in the real sector.

And this is also true in Russia’s developed peers: the Eurozone PMI is at a 46-month high of 57.5 (vs. 56.6 in March, while 50 represents no change) and the US ISM back over 60 again (at 60.4) for the first time since June 2004, says VTB Capital. Likewise car sales in the US, China and Japan are all up by 65-75% over the first quarter; housing starts in the US are up 20%; and both these have been feeding a surge in production in commodities like steel, which is now at a record high.

All this will prop Russia up if Greece defaults, but the analysts say that a bust is unlikely as between the Germans and the IMF some sort of solution will be found. No body wants to see the Eurozone break apart.

“We recognise that the Greek situation is evolving along the lines of Russia's 1998 economic crisis; indeed, the fiscal parameters of Greece's situation are worse than that, but they also have a greater political imperative of financial aid from the Eurozone playing to their benefit, at least for now. And the endgame might be very similar, i.e. an eventual default on Greece's sovereign debt triggered by the country's inability to meet the conditionality attached to the package. That said, the experience of the 1998 Russian crisis suggests that the contagion from such a credit event, while significant, would be short-lived,” Wiktor Bielski, an analyst with VTB Capital said in a note today.

VTBC is keeping its forecast for the RTS to top 2000 by the end of this year, but admit that it could take a little longer to get there than they thought when they set the target only last week.