Corruption needs to end for Russia to move forward 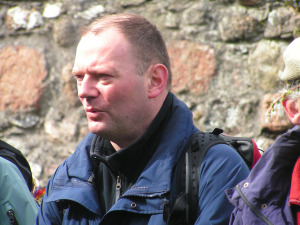 Too many Russians treat both petty and grand corruption as inevitable as deep winter snows. Its not inevitable and it is enormously damaging. Russia cannot just rely on higher energy prices and ignore corruption. Such a policy makes Russia dangerously vulnerable to fragile and capricious global energy markets. To grow a strong and flexible 21st Century economy Russia has to tackle corruption once and for all.

Where there is the political will, corruption can be forced out of the system. One example: Even in Russia at a traffic accident you don’t usually have to pay the ambulance team to take the injured to hospital. This "tea money" was demanded in the Hong Kong of the 1960s and 1970s. During this period Hong Kong was known as one of the most corrupt cities on earth.

The scale of such petty and also grander corruption by elites and senior public servants led to the establishment of the Independent Commission Against Corruption (ICAC). The ICAC staffed with high flying officials, sufficient legal powers and resources, and crucially with serious political backing began to really clean up Hong Kong. Even after a decade after the Brits left Hong Kong manages to beat the UK in the Transparency International Corruption Perception Index, Hong Kong comes in 12th in 2009. The Brits only managed seventeenth place.

Now I know what my Russian friends will say. "Hong Kong is a City State, plus it was run by the Brits. Russia by contrast is vast, the problems immense and the corruption goes back to the tsar….(choose your tsar……Nicholas I, Nicholas II, Peter the Great, Ivan the Terrible)."

This is all true. However, it misses the point. The Hong Kong case demonstrates what can be done with real political will from a point where corruption was pervasive.

Plus, I am not here suggesting that Russia should aim for the top ten on the "Transparency International Corruption Perception Index (CPI)" index overnight. Take the position of the other BRICs. In 2009 India managed 74th place, China 79th and Brazil 84th. Russia could aim to be the BRIC anti-corruption leader say at 63rd spot (currently held by Italy). Rather than as at present languishing at 146th place along with with Ecuador, Cameroon and Ukraine.

All the evidence from endless World Bank, EBRD and IMF studies is that rampant corruption strangles growth and sends countries on a downward path to economic misery. Pervasive corruption on the Russian scale threatens to suppress economic development, limit investment and make business innovators head for the nearest airport.

Even though the other BRIC nations have their problems with corruption the sheer scale of Russian corruption puts the country on path to a much lower level of economic development. Over time a real gap will open up between the other BRICs and Russia as their economies develop faster and international capital increasingly focuses on those BIC states.

If Russia is to remain competitive with other BRIC nations and really succeed in the 21st Century it needs to tackle its super pervasive corruption.

This is easier said than done. However, with political will and a broad realization across society change is possible. There are two elements to any effective anti-corruption strategy.

The first element is prevention. How far can the Russian state simply remove the incentive for corruption? One approach for instance is to ask how far can we just cancel state regulations? The less state regulation the less the opportunity for corruption. If the state does not require permits to operate, no bribes can be taken for non-existent permits! Second, can we make the delivery of government services electronic? If any permits, permissions, licences, company formations can be obtained online then delay is eliminated along with bribery. (Ok, I know the internet has only penetrated to about one-third of the population. But that’s still one third who get access to cheaper and faster government services. Plus it would create a major incentive to get hooked up to the net and increase demand for internet access-a good thing). Third, look at the pay in critical public services. Better paid employees with a strong public corporate ethic are far less likely to take bribes. At least start with looking at the pay of those officials who deal with business as a first step to reduce bribery incentives.

The second element is deterrence. Again it is impossible to tackle everything at once. The perfect here is really the enemy of the good. One approach is to make any new anti-corruption laws prospective, so they only apply to future corruption. This has two beneficial effects. First the officials dealing with corruption cases will not be overwhelmed with work. Second, by making it clear that future corruption will be rooted out but old corruption will not be investigated a line is drawn in the sand. All officials have the confidence that past behavior will not be challenged and are more easily brought to support the new anti-corruption regime. At the same time those officials will realise that putting their hands into the cookie jar in future could be severely penalised-in other words prospective anti-corruption rules can have significant deterrent effects

This deterrent effect can be reinforced by following the approach taken in Hong Kong: A serious Russian enforcement agency with ICAC like powers taking careful well chosen corruption targets would begin to undermine Russia’s pervasive corruption. With real political support the message would go out that whatever the past, corruption is a threat to Russia’s future and in future will not be tolerated.

I realize writing this I am inviting comments along the lines of "naïve Westerner." Ok, but whats the alternative? Pervasive corruption is an economic cancer. If left it will result in a permanent low growth economy with Russia left far behind by the other BRICs (the compound effect of differential economic growth could make Russia’s GDP the same as the Brazilian province of Sao Paulo in a generation). Can Russia just ignore corruption and rely on high oil and gas prices? Russia is then leaving itself at the mercy of global energy markets. In the next couple of weeks I will tackle the global energy market and why Russia would not be wise to rely too heavily on oil and gas for its future economic prosperity.