India and Russia: strategies of cooperation 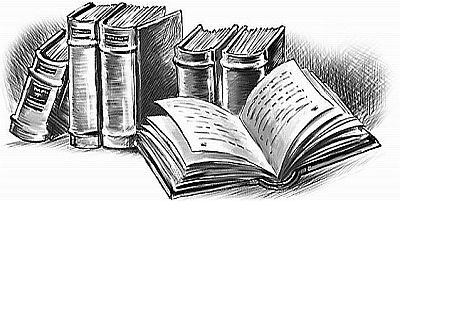 For India, Russia’s resurgence will create a greater balance in global affairs. Russia’s decline has facilitated China’s rise, which is against India’s strategic interests. The consequence of American/European policies to strategically contain Russia through the North Atlantic Treaty Organisation and European Union expansion into former Soviet space has led to the strengthening of a formidable rival to their own power in an increasingly assertive, nationalist, militarily stronger and demographically huge China. A potential United States of America-China diarchy would be at the expense of large and autonomous countries like India and Russia.

However, Russia’s strategic thinking about China is not quite clear. At one level, it appears that Russia has drawn closer to China strategically in order to counter Western pressures. It has been arming China. Russia-China energy deals, while making good commercial sense, have a strategic implication and contrast with Russia’s failure to respond to pressing Indian demands to participate in energy projects beyond Sakhalin-1. Russia’s promotion of the trilateral RIC (Russia, India, China) and the quadrilateral BRIC (Brazil, Russia, India, China) dialogues suggest efforts to form diverse partnerships with China to resist Western domination. The Russia-China cooperation in the Shanghai Cooperation Organisation, coupled with the denial of full membership to India, limits our engagement with Central Asia. India and Russia do not have a common vision of China. It is unlikely that they will be able to develop one on the essentials even as both countries continue to engage China, as they should.

Japan’s economic stature has declined; China looms large in its neighbourhood, eroding its self-confidence and reinforcing in practical terms its reliance on the US for its defence even as the developing US-China relationship makes that arrangement more uncertain. Japan should have a reason to deepen its strategic ties with India; some steps are being taken in this direction, but Japan has to be clearer in its thinking and choices. Russia-Japan differences on the Kurile islands exclude any trilateral understanding involving India on jointly addressing emerging threats.

In developing a stronger India-Russia partnership in a multipolar environment, India’s transformed ties with the US would be a factor. These are bound to deepen economically, even if politically they might be accident-prone, given the US’s uncongenial policies in our neighbourhood. The modern sectors of the Indian economy and its most dynamic players are tied to US/Western markets, whereas India-Russia economic ties remain limited. Their rapid expansion appears unlikely.

China is expanding strategically in India’s neighbourhood. It is entrenched in Pakistan; it has penetrated Myanmar; it is expanding its profile in Nepal and is well installed in Bangladesh and Sri Lanka. It is seeking to put an infrastructure in place to expand its presence in the Indian Ocean. It is the dominant economic player in Central Asia. How does Russia see this reality? If the improved Russia-China ties would prevent Russia, for larger geo-political and strategic considerations, from engaging India on its China problem, India would need to invest more in the potential of the US-China equation souring at some time and throwing up further common ground for developing some joint India-US-Japan hedging strategies for the future.

The latest developments in Afghanistan are very disquieting for India. The US electoral calendar, its financial crisis, the loss of support for the war domestically and from the allies are elements behind the Western exit strategy. The policy of reintegration and reconciliation with the Taliban carries the danger of handing over power to the Taliban eventually and rewarding Pakistan with the strategic depth it wants in Afghanistan. The latter will be rationalised as a way to stabilise Pakistan and use it as an insurance cover against any anti-Western activities by the Taliban. India and Russia should be worried at the strategic depth that the Wahabbist ideology will acquire in the region, threatening Central Asia and India.

What could be the joint response of India and Russia? Russia has given additional transit rights to Nato forces through its territory for their operations in Afghanistan, as it sees some advantage to itself in the US combat against extremist forces that could destabilise Central Asia and eventually southern Russia. Internationally, Russia is focusing on drug trafficking and not on the Taliban. The scope for restoring the understanding between India, Russia and Iran seems less today than in the past because all three countries support the legitimate government of President Hamid Karzai. The Central Asians are not active in Afghan discussions, despite the danger to them of a Taliban takeover. A Russian initiative is needed to chart a hedging strategy involving India, Iran and the Central Asian States. China, though worried by extremist spillover from Afghanistan into Sinkiang, is unlikely to allow any strategy to develop that the Pakistan government is opposed to.

Pakistan, in the belief that it is now playing a winning hand in Afghanistan, has stepped up its diplomatic confrontation with India. General Ashfaq Parvez Kayani is now publicly offering to mediate between the US/Nato and the Taliban on condition that India’s presence in Afghanistan is rolled back and Pakistan’s need for a soft strategic depth in Afghanistan is accepted as an insurance against the Indian threat. Russia has shown reluctance to wade into India-Pakistan issues publicly. Its statement after the Mumbai terrorist mayhem, expressing concern about the South Asian nuclearised environment, was unhelpful.

To sum up: India and Russia are well placed to work together constructively in the emerging multipolar world order. There is no inherent conflict of interest between the two countries. But Russia’s larger strategic needs require an approach towards China that we may not fully subscribe to even as we see the necessity of engaging China ourselves. India’s changed ties with the US and lack of dynamism in India-Russia economic ties are factors that would put limits on a common India-Russia global strategy. Russia should facilitate greater Indian involvement in Central Asia. In Afghanistan we have to fashion a common strategy to prevent the return to power of the Taliban. Russia needs to be more open with India on Pakistan, which is the source of serious problems for India and, through its disruptive ambitions in Afghanistan encouraged by the US, to Russia too.

First published in The Telegraph.