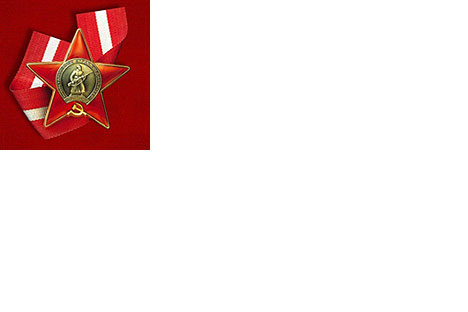 1941-1945: Four years of hardship
In the USSR, the end of the war was considered to be May 9, 1945, when the German surrender took effect. The date has become a national holiday – Victory Day – and is commemorated in a grand military parade on Red Square. This year, the members of the anti-Hitler coalition - the US, Britain and France – will take part in the parade.
The Nazi invasion of the USSR in June 1941 heralded the beginning of the most titanic battle in the history of humanity. The war ended in complete defeat for the Nazi Germany less than four years later with the fall of Berlin on May 9, 1945. Over 26 mn Soviet citizens and soldiers died in the struggle to liberate the Motherland from the fascist aggressors.

The war, which lasted for 1,418 days and nights, began on Soviet territory at 4:00 a.m. on June 22, 1941. By November, the German army had seized the Ukrainian Republic, begun its siege of Leningrad, and threatened the security of Moscow itself. By the end of 1941, however, the German forces had lost their momentum. At the same time the Red Army, after recovering from the initial blow, in December launched its first counterattacks. The defeat of the Nazi troops near Moscow in the end of 1941 was the first major victory of the Soviet army in the war.

After a lull in active hostilities during the winter of 1941- 42, the German army renewed its offensive, scoring a number of victories in the Ukraine, Crimea, and southern Russia in the first half of 1942. Then, in an effort to gain control of the lower Volga River region, the German forces attempted to capture the city of Stalingrad (present-day Volgograd). The Stalingrad battle lasted for 199 days, costing an estimated 1.5 mn lives from both sides. Finally, Soviet forces led by General Georgiy K. Zhukov surrounded the German attackers and forced their surrender in February 1943. The Soviet victory at Stalingrad proved decisive; after losing this battle, the Germans lacked the strength to sustain their offensive operations against the Soviet Union.

One of the most harrowing episodes of the Great Patriotic War was the siege of Leningrad, which lasted 880 days. The capture of Leningrad, the former capital of Russia and the symbolic capital of the Russian Revolution, was one of three strategic goals in the German plan for the Eastern Front. The siege of Leningrad was one of the longest and most destructive sieges in history and the most costly in terms of casualties.It claimed more victims than the combined losses of the US and Britain in the whole of the Second World War, according to some estimates upto 800,000. During the siege, the daily bread ration for workers was 250 grams, while office workers, dependents and children received half that amount.

Celebrating victory on the Reichstag's roof in Berlin

In July and August of 1943, major tank battles of the WW2 took place. The battle of Kursk was the greatest tank battle in history. With nearly 6,000 tanks and 4 mn troops involved, the battle was hard fought, reaching its climax with the pitched battle on 12 July between 700 German and 850 Soviet tanks. After Stalingrad and the battle of Kursk, the Soviet Union held the initiative for the rest of the war. By the end of 1943, the Red Army had broken through the German siege of Leningrad and recaptured much of the Ukraine. By the end of 1944, the front had moved beyond the 1939 Soviet frontiers into eastern Europe. With a decisive superiority in troops and weaponry, Soviet forces drove into eastern Germany, capturing Berlin in May 1945. The war with Germany thus ended triumphantly for the Soviet Union.

The cost of Victory

The people of the USSR paid a very high price for victory. According to official figures, total military losses amounted to 11.9 mn people. There were some 13.7 mn civilian victims, 7.4 mn of whom were deliberately exterminated by the occupying power, 2.2 mn perished performing slave labour in Germany and 4.1 mn starved to death during the occupation. The Soviet Union lost a total of 26.6 mn people. During the war, 1,710 cities, more than 70,000 villages and 32,000 factories were destroyed. The total damage amounted to $128 bn. By comparison, the damage sustained by France during the Second World War amounted to $21 bn, and for Poland, $20 bn.

Eternal Flame at the Tomb of the Unknown Soldier in Moscow