To the Moon and back

RBTH
This interview was conducted by a Russian TV channel 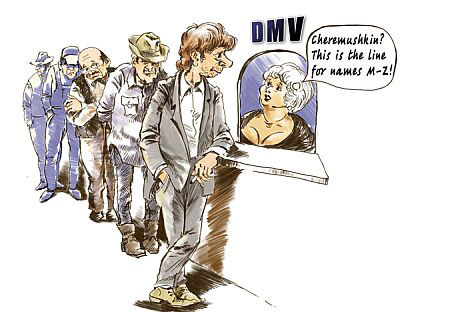 The first manned flight on the new spacecraft isscheduled for 2018

Russia designs a new spaceship that will allow more space tourists to accompany cosmonauts on their missions. Vitaly Lopota, the head of Energiya space corporation, talks about its dream ride to Mars and Moon.

The Energiya corporation has announced that it is going to build a spacecraft for six people. What kind of a spaceship is it going to be?

It is going to be slightly heavier due to the bigger volume, but also more spacious. The acceleration force will be slightly less, because the light property will be better, perhaps two-fold. At this point the concept of the spacecraft is clear to us, and we are working to refine it. According to the Russian Federal Space Agency, the first unmanned test flight will be carried out in 2015. The first manned flight is scheduled for 2018.

Are we going to have more space tourists in the future?

If there is anyone who wishes so, we are ready to take tourists, too. As of today, however, the technical and technological capacity we have at the corporation would allow four spacecraft with three passengers on each. If there are people ready to pay tens of millions of dollars for a space flight, we will not refuse them – instead they will be welcomed. However, outer space is a zone only for professionals to work in, considering the G force at launch and landing, and a weightlessness work environment for long periods. All that requires good training – at least five years of constant training.The cost of putting a one-kilogram payload into orbit already exceeds $30,000. Just think of it. It includes the cost of fuel, of the spacecraft structure, spacesuits, life-support systems, heating rates, etc. Before, the cost used to be about $20,000. Now it’s actually one-and-a-half to two times more.

We know that the spaceship is going to be a multi-purpose one, and that it can be used more than once, and we also heard it will be capable of taking people to the Moon, is that so?

Yes, the new spaceship will be capable of flying to the Moon. As you mention, soft-landing engines can be used, but what do you do when the fuel is spent. There is none on the Moon. And it would require a lot of effort to find fuel on the Moon.

Obama has decided to stop financing the United States’ Moon program. How is Russia doing in that respect?

This has been discussed in the past several years, in that we have plans that are different from the Americans. The Moon has never been a target for us. In terms of getting more knowledge, we are more interested in planets like Mars, or Jupiter for instance. There we could study processes of space substance formation, which would widen our horizon.

Yes, we do have plans for Mars. First of all, each human being, in order to be able to live 24 hours in outer space, needs to spend ten kilograms. It takes eight and a half months to get to Mars. Same duration back. There must be at least four crew members. That means 40 kg a day. Eight and half months one way, eight and a half months back makes 17 months. Add one month to be spent there to work. As a result, the payload amounts to more than 20 tonnes, required to provide life support. Not just a spacecraft, but a whole expedition complex.

It is easier to fly to the Moon, fly around it and return; this would only require one spacecraft. We can train ourselves on our way to Mars. And we must take into account that it is not all that simple there, Mars has an atmosphere, too. It is quite different. And nobody is waiting for us there. We must surface very carefully. As for me, I would not surface at the first stage at all, but would just work in orbit and monitor the atmosphere dynamics and see what the Martian storms are about.

Now we have been actively developing the idea of creating a module based on nuclear technology – a nuclear reactor, electric-driven propulsion, which enables effective movement through space.

From what we have heard and read, Energiya is now working on a super satellite that can also be used for military purposes. What can you say about that?

I mean that by using nuclear technology, we could create special-purpose craft that would provide life support for Earth. Our Earth and the Solar System is unique for its combination of the planetary scheme in which the Earth is in a protected state, because Jupiter protects Earth with its mass. Our life here on Earth is relatively calm. You may have read that from time to time that something has crashed into Earth – space bodies that might seriously damage our planet. So, in order to get ourselves protected and be more efficient, we need such powerful energy systems.

However, this is only possible in the far future.

So, this thing will not shoot from space, will it?

The news has been exaggerated. Yes, theoretically if one really wants this, this can be done. However, you should bear in mind that nuclear technology placed into a near-earth orbit is a rather dangerous thing. It is perhaps possible to form some weaponry based on nuclear technology. So a weapon like that would be possible to make, but I think humanity is now learning how to live in comfort.

Mr. Lopota, we heard that one well-known space tour agency wanted you to build a special spaceship for tourists. Did you accept the offer?

We have been constantly negotiating this with more than one firm who try to commission such craft specially designed for tourists. Let me tell you that we will not address the question for several years, because we have the ISS under construction. Our US colleagues have succeeded in forming their segment. Russia is supposed to form its segment by 2015 and operate it efficiently upto 2020. As for resources for tourists, there are practically none.

Does that mean we can start booking tickets for 2018?