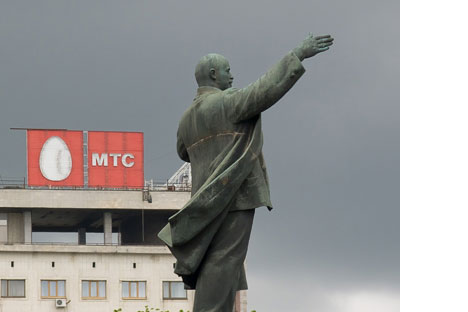 Russia's largest mobile phone operator MTS has been ranked among the top 100 most powerful brands worldwide, according to the third annual BrandZ ranking.
MTS enters the chart in 89th place with a brand value of around $8 bn, making it the first and only Russian brand to make the top 100.

The ranking by global market research firm Millward Brown identifies the world's most powerful brands as measured by their dollar value based on market data from Datamonitor as well as interviews with over a million consumers around the world.

The top spot in this year's ranking went to Google for the second year running, with a brand value of $86 bn, followed by General Electric ($71 bn), Microsoft ($71 bn) and Coca-Cola ($58 bn). Two notable absentees from the top ten were Citi and Wal-Mart; both companies claimed strong top ten positions in previous years but in 2008, ranking slipped to positions 15 and 13 respectively.

The study found that domestic brands from emerging economies are gaining momentum. Chinese brands performed particularly strongly; the value of the four Chinese brands that made this year's BrandZ Top 100 have increased by 51 pc since last year's ranking to $124 bn. China Mobile was one of only two non-US based companies to make the top ten with a brand value of over $57 bn.

Although MTS was the only Russian brand to make the top 100, several other Russian brands came close including the beer brand Baltika, which made the global beer top 20, claiming the 15th spot with a value of $1.086 bn: "Baltika is a very strong brand. It achieved one of the highest scores in brand contribution, which is the measurement of brand strength; since we measured this last year, its value has risen 20 pc," Joanna Seddon, CEO of Millward Brown Optimor said.

Another Russian brand, which missed the final cut by a whisker, was MTS rival operator Beeline: "According to our estimates, Beeline just missed it; we estimated their brand value at about $6.6 bn which is just under the ranking," Seddon explained.

This indicates a reversal of fortunes since BusinessWeek Russia published the first Russian brand ranking in October 2005, which put Beeline firmly in first place with a brand value of $5 bn and MTS trailing in second with a value of $4.7 bn.

Although it did not make the grade this year, Russia's largest oil business group, Lukoil, is predicted to feature in future rankings. The brand was ranked 8th in the motor oil category with a value of $851 mn.

Overall, this year's ranking indicates that brands are becoming more valuable and powerful in driving business growth. Companies that own brands in the BrandZ Top 100 have significantly outperformed the stock market when compared to the S&P 500. The combined value of all brands increased by 21 pc from $1.6 trln in 2007 to $1.94 trln in 2008, more than double the increase experienced the previous year. "This year's brand ranking demonstrates the importance of investing in brands, especially in times of market turmoil. Strong brands generate superior returns and protect businesses from risk," Seddon concludes.