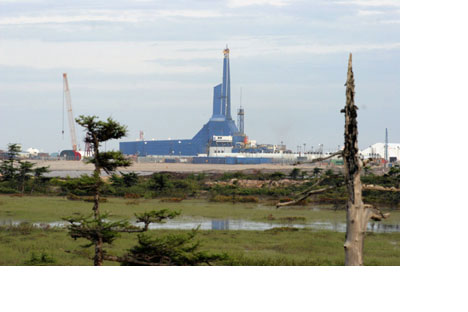 Contrary to popular stereotype about military supplies dominating bilateral trade, civilian products account for as much as 80 pc of the trade basket, says Grigory Sarishvili, Head of Department at Russia’s Ministry for Economic Development.
How has trade between Russia and India changed over the last 5 years?

We would be happy if our trade and economic relations could develop this dynamically with many countries.

Our leaders have set $20 bn trade target with India by 2015. According to Russia’s customs statistics, in January–February 2010, our trade grew by 39.3 pc. At the same time, there is virtually no imbalance in the trade: exports and imports are both growing equally.

Which sectors of the Russian economy might be of interest to Indian investors?

Indian companies such as OVL, GAIL, Indian Oil, Coal India, Reliance Industries and TATA are already driving the Indian investment in Russia. India’s ONGC is participating in developing oil and gas deposits in the Sakhalin-1 project. It has acquired Imperial Energy, which is engaged in exploiting oil deposits in Tomsk Region. The ICICI bank is developing its subsidiary bank in Russia. TATA Motors has set up an assembly plant of Indian low-tonnage trucks. KUMI International has started production of abrasives in Volgograd Region.

The Mahindra company is interested in building wheeled tractors in Russia. We have talked to the management of the Russian Tractors company and they confirmed that there are still niches in the tractor range in Russia that are not covered. But at the same time, our manufacturers are also interested in assembling tractors in India, although these would be heavy ones. This is a two-way street.

Are any contracts for high-tech products being contemplated?

There is an intergovernmental agreement on cooperation in the use of nuclear energy for peaceful purposes, and a “road map” was signed during Russian Prime Minister Vladimir Putin’s visit to India in March.

Space cooperation is developing. A document has been signed on the creation of a joint venture to produce equipment to receive signals using the GLONASS system. A system of satellites will soon be put into orbit, and this will provide extensive coverage and access across the world. What’s more, GLONASS is cheaper than its main rival. Russia could also offer India an advanced tele-health system which has a range of competitive advantages.

Will the outcome of the BRIC on April 15 change the global economic picture, and how will it influence the development of trade within the club?

We believe that opportunities will emerge in the areas of trade and investment cooperation, and also in improving mutual accounting in national currencies. We believe that the crisis has bottomed out and the BRIC countries are beginning to emerge from recession. Joint projects will not only have the most positive effect on trade within the club but will also create synergy – both for the economy of the group itself and for the global economy as a whole.

How is cooperation going to develop in agro-industry?

In the last 2–3 years Russia has regained its position as a major world exporter of grain, which has been reinforced by its exports to India and China. India itself provides a lot of grain. However, because of climate instability and the rapid population growth, India is exploring the possibility of a long-term agreement on grain supplies with Russia. There is also talk of doing this in China.

What’s behind Russia’s increased activity on the grain market? Only recently Moscow itself needed to import this type of produce.

What helped this a lot was the bringing of order into the agro-industrial sector in Russia and fine-tuning of some specific financial instruments. Last year, we even increased the areas sown, improved the quality of storage and processing of agrarian produce, and ironed out the logistics.

A discussion is under way with some foreign investors about the possibility of them being involved in work to create a port, an elevator and a trans-shipment base in the Far East. Plans are also being developed to expand the capacity of the Trans-Siberian Railway.

There is a view that the BRIC countries regard Russia primarily as a source of energy resources.