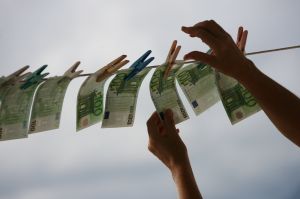 If the European Commission was expecting street parties and choruses of Beethoven's Ninth Symphony in response to its decision to recommend Estonia for the Eurozone on May 12, it must have been disappointed. The only revelers on the streets of Tallinn were the usual Finnish booze cruisers indulging in the Estonian capital's famously low beer prices after schlepping across from Helsinki. Until January 1 at least, the chunky inebriates will still need to convert their euros into wads of kroon notes - and there's an outside chance for even longer than that.

Besides, it's not as if the Commission was doing Estonia a particular favor. "It was not a surprise. We've been sure for months that we meet all the Maastricht criteria," perpetually sober Estonian Finance Minister Jurgen Ligi said in his office minutes after the decision was confirmed.

"The eurozone itself needs good news as well," added Ligi, neatly showing that Estonia's readiness to join actually gives the eurozone a shot in the arm after weeks of doom and gloom from the Greek debt crisis.

The usefulness of Estonia's quiet enthusiasm was evident even at the announcement of the commission's decision in Brussels. Commission President Jose Manuel Barroso batted away concerns from journalists that expansion of the eurozone was madness with the Greek crisis still far from resolved. "Let's remember, nobody wants to leave the euro, others are seeking to join it," Barroso said. "It shows the confidence of the euro... this is not a shot in the dark."

"Estonia stands out from the group (of CEE aspirants) as a result of determined and efficient efforts of the Estonian government and people," Barroso said.

Indeed, less than two years ago Estonia was regarded by some as one of the Baltic basket cases, its 2011 euro deadline little more than a fantasy. That just makes its poster-child status today all the more remarkable. Inflation was 11.4 percent in June 2008. In April this year, it was 2.9 percent after briefly going negative. The economy shrank by an eye-watering 15 percent in 2009, but is set to return to growth of 1 percent this year. Judicious use of reserves accumulated during the boom years means government debt levels are currently the lowest in the EU, a fact that makes it difficult for heavily indebted eurozone countries to argue against Estonia's inclusion.

On top of all that, Estonia's pioneering adoption of a flat-rate tax system in 1992, combined with the (admittedly now shakier) "safe haven" label that membership of the eurozone confers, should make Estonia an interesting investment destination in the future. "There are a lot of interesting things in Estonia, including the flat rate tax system and the way we treat investment," Ligi said.

Rather than seeing a sudden flood of foreign investors, Ligi expects to see a gradual return to pre-crisis levels.

"They have been hesitating about the currency among other things. The markets do not really know our monetary policy or our currency policy system, but we have proved the fiscal policy is okay and has actually been underestimated by many people.”

Over at the Estonian Central Bank, Eesti Pank, the mood also fell short of Bacchanalian. "Although it is not a final decision, the proposal is a great acknowledgement for us. Estonia has taken another long step in the accession process," said the bank's governor, Andres Lipstok.

"The final decision regarding the introduction of the euro will presumably be taken at the Ecofin [Economic and Financial Affairs Council] meeting scheduled for July 13. After that we will be able to use the indicative mood when speaking about the adoption of the euro," he said.

But there is more to Ligi's and Lipstok's subdued reactions to the commission's decision than traditional Estonian reserve. Also released Wednesday was a companion report from the European Central Bank that continued its markedly hawkish stance towards further expansion of the eurozone.

"Once the adjustment phase is over, maintaining low inflation rates will be very challenging given the limited room for maneuver for monetary policy," said the Bank. "Overall, developments in financial markets... suggest a mixed assessment. A number of indicators show that market participants had significant concerns regarding the sustainability of convergence in Estonia."

Although no country has yet been blackballed from the Eurozone after receiving commission backing, it's still possible. The European Parliament is due to discuss Estonia's bid June 14-16 and while it does not have the power to halt accession in its tracks, the prospect of German and French MEPs railing against expansion while the truckloads of cash are still en route to Athens would be acutely embarrassing ahead of a European Council discussion on June 17-18.

Even if Estonia successfully limbos under those two bars, the kroon/euro conversion rate will need to be finalized on June 23 followed by a final exam by European finance ministers on July 13. If the intervening period sees things run off course in the eurozone, perhaps as a result of unrest in Greece or a ratings downgrade among the so-called PIIGS (Portugal, Iceland, Ireland, Greece, Spain), Estonia could yet be told to wait until the weather improves.

"Even though Estonia gets a green light on euro entry from the EC, the concerns of the ECB will nonetheless need to be addressed," he said. "Under normal conditions, politicians will follow EC recommendation. But currently we are not in a 'normal' situation. The May inflation data due in the first week of June could be an interesting data point giving support to one of the opposing views."

"Even though Estonian euro membership is likely, it is still not a done deal due to the ECB's obvious reservations. This is now entirely a European political decision," Christensen says, adding a dose of realpolitik to the flowery integration talk.

Having endured the self-inflicted pain necessary to qualify for the euro, Estonia might yet find itself put on hold precisely because other countries are unwilling to follow its sterling example. Such an ironic state of affairs might even see Ligi and Lipstok tempted to hit the bottle with the Finnish tourists.