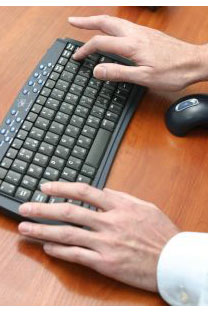 Yandex, the largest search engine in Russia, is launching a latin alphabet version of their platform for foreign websites, reports Kommersant.

Yandex, which currently ranks 7th in the rating of world search engine platforms by number of queries, is indexing foreign sites and adding them to search results which should be finished within two years. According to the company’s data, the share of search requests using the Roman alphabet on Yandex is around 12-15 percent.

“Now users interested in searching foreign resources will no longer have to go to other search engines,” added Mandzhikov.

Internet statistics company Liveinternet shows that among Russian users of Yandex, the weekly share has grown from 58.4 percent in October 2009, to 64.8% in May of this year. According to the company, in this time Google’s share has fallen 22.8 percent to 21.3 percent. Mail.ru and Ramber have also seen drops.

“In the English language sector, Google and Yahoo are dominating the market, but Yandex is the leader on the Russian market, so it will be interesting to watch their success on the international arena.”

Leonid Delitsyn, an analyst at Finam Investment, does not expect immediate results, but is taking the right steps to ensure that the company doesn’t lose users in the future.

“Right now the company is going to test the search on foreign sites and improve the algorithms. But maybe in a year we can expect the English segment to advance.” He added, “12-15 percent of queries in the latin alphabet means that if these users are not satisfied with the results then they might try to go to other places like Google. Once they discover that Google has a good search engine in Russia, the need for Yandex could simply become irrelevant.”