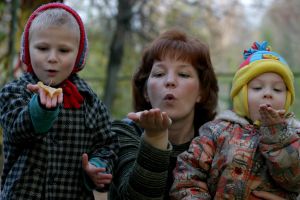 Americans adopt between 2,000 and 4,000 children from Russia annually, but six months after one such adoption, a single woman decided she no longer wanted to be Artyom Savelyev’s mother. Sending the 7-year-old boy on a transatlantic flight back to Russia by himself, Torry Hansen set off an international incident that led to a suspension of adoptions of Russian children by Americans.

The Hansen case, rather than the spark that started the fire, was merely another log on a long-blazing inferno. Artyem Savelyev’s case is just the latest in a series of adoptions of Russian children by Americans that have proven to be far from in the children’s best interest. Since 1996 there have been approximately 16 reported cases of child abuse—burnings, beatings, starving—committed by American adoptive parents to Russian-born children. This abuse has resulted in 12 murder convictions, with three cases currently pending.

In addition, there are an unknown number of Russian-born children no longer living with those who promised to be their parents forever. Some have been sent to the "Ranch for Kids Project," which houses “troubled children adopted primarily from Russia" at locations in Wyoming, Montana and Maryland, according to the website Ranchforkids.org. There is also an underground network of families who take in children that other adopters can no longer “handle,” some claiming they fear for the safety of their families. Joyce Sterkel, 63, who runs the Ranch estimates that approximately 300 children have passed through the facility.

On Again off Again

In 2000, and again in 2003, Russia insisted foreign adoptions be handled only by accredited agencies that would be required to provide Russia with reports including at-home visits by a social worker at six months and one, two, and three years post-placement.

“One of the major problems,” said Alexander Demkin, Russia’s vice consul in New York, is that the adoptive parents obtain American citizenship for the children and cancel their Russian citizenship, which makes it impossible for Russians to follow-up.

In April 2006, the Russian Prosecutor General's Office attempted yet again to take the reigns and prevent further abuses by calling for the revocation of the accreditation of 12 U.S. adoption agencies, stating that the companies had failed to file post-adoption reports on the condition of Russian children.

Now again, adoptions have been suspended and officials have called for a freeze until a bilateral treaty is signed enforcing, among other things, post-adoption monitoring. An American diplomatic delegation visited Moscow and reported that a newly negotiated adoption agreement would soon be signed by both nations, possibly by the end of June.

Some child advocates suggest that in addition to the suggested bilateral agreement, Russia should ratify the Hague Convention on International Adoption to put teeth into any agreements between them and any country receiving Russian children. Another suggestion involves transparency.

Adoptive parents regularly report a lack of full, complete and accurate disclosure of medical history being transmitted from Russian orphanages to American adoption agencies and then to the adopting parents. Some 60 percent of internationally adopted children have health problems, according to Dr. Nancy Curtis, who heads Children’s Hospital of Oakland’s International Adoption Clinic. Dana E. Johnson, M.D., Ph.D. at the University of Minnesota adoption medicine center claims that 85 percent of the children diagnosed with Fetal Alcohol Syndrome were born in Russia, though few receive an official diagnosis of FAS.

American adoption agencies routinely ask prospective adopters what types of disabilities they are and are not willing and able to deal with which creates expectations that their requested criteria will be met. Adoption blogs often feature those who have adopted from Russia lamenting: “I didn’t sign up for this” or “I never would have adopted him had I known.”

The root of the issue

Adoption agencies may fail to adequately prepare adopters and orphanages may downplay the risk for attachment disorders, educational delays, behavioral issues, as well as serious psychological and physical disabilities among institutionalized children, but the reality is that international adoption is big business. Fees average $40,000 per adoption, not including payoffs.

The Russian state pays about $3 billion a year in salaries for orphanage employees. And orphanages provide jobs in many depressed regions. Americans report that adopting from Russia involves payments of large sums of cash in a corrupt bureaucratic system.

“It has one goal, which is to preserve itself,” said Boris L. Altshuler, chairman of Right of the Child, an advocacy group in Moscow, and a member of a Kremlin advisory group.

Child welfare experts from Save the Children, SOS Children’s Village, UNICEF and the UN Convention on the Rights of the Child all call for international adoption to be a last resort, used only after exhausting all efforts to keep children with their extended kin, local community, or within the same country, language and culture. However, More than 700,000 Russian children live in orphanages—more than at the end of World War II, and Yelena B. Mizulina, the chairwoman of the parliamentary committee on family and children, recently reported that within Russia during the past three years, more than 30,000 children were sent back to institutions by their adoptive, foster or guardianship families.

The best interests of vulnerable children need to be put first, overriding profiting from their misfortune. Hopefully the international media exposure of Artyom’s solo flight will lead Russia and the United States to enact constructive measures regarding optimal care for children, including prioritizing family preservation, dealing with substance abuse recovery and reduction and increasing domestic adoption.

Mirah Riben is author of The Stork Market: America’s Multi-Billion Dollar Unregulated Industry (2007) and shedding light on…the Dark Side of Adoption (1988) in addition to multiple articles. She is former Director of the American Adoption Congress and has been researching, writing and speaking about adoption issues for more than 30 years.