From Moscow to the regions 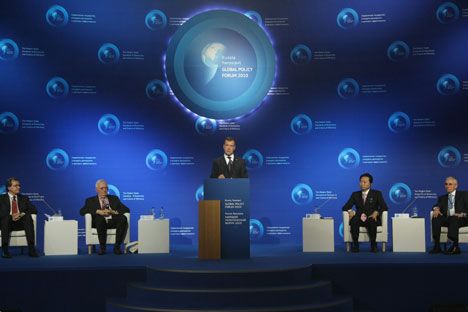 In Moscow, one can access the Internet practically anywhere

The government’s policy of bringing high-speed Internet to the regions is likely to affect not only the most remote regions of the country, but the entire Internet market.

In a country as big as Russia, which spans 10 time zones, long-distance communications is part of millions of people’s work routines.

The telecoms reform launched at the start of last decade is largely completed and is arguably Russia’s most modern industry. However, even in the capital, Moscow, there are still over 1.8 million outdated analogue telephone exchanges. Still, the private sector has been stepping up to the mark with investments as they claim their stakes in this fast growing industry.

Comstar is Russia’s largest broadband operator, and has started digitizing Moscow’s telephone system in an ambitious $400 million project using IMS technology e_SEmD an Internet Protocol base multimedia technology that manages a high-speed fiber optic telecoms network. By 2013, there will be no analogue exchanges left in Moscow.

“Introducing innovative IMS technology will enable us to take a fresh look at service provision, and it will be a prototype for the future, when the main service will be the provision of broadband access and a multitude of services based on that,” said Comstar’s CEO Sergei Pridantsev.

IMS was originally developed for mobile phones (and leading Russian mobile phone company Moscow Tele Systems recently took control of Comstar), but the advantage of using it to run a fixed line network is that once a home is hooked up to a cable, it is automatically enabled to access the Internet, too, over the same network.

And Internet usage is already exploding in Russia, with the number of Russians online up by about a third every year for the last three years to reach 59 million (out of a population of 142 million) by the end of last year.

From next to nothing five years ago, Russian Communications and Mass Media Minister Igor Shchyogolev said in May that the country’s broadband Internet penetration rate was at 26 percent as of the end of 2009.

As part of the Kremlin’s drive to modernize the country, the government launched an initiative to bring cheap broadband to all homes, and hopes to increase the penetration of broadband to 60 percent in the next five years.

“Russia is generally five years behind the West in its broadband development, due to the historical undersupply of broadband networks. Increased broadband speeds dramatically affect user experience online, resulting in a substantial rise in the amount of time spent online and volumes of potential ad space to be sold to advertisers,” said Anastasia Obukhova, a telecoms analyst with VTB Capital.

European companies increased their online spend ten-fold over the last decade to 20 percent as broadband penetration rose from single digits to between 60-80 percent over the same period.

The early movers are now racing to stake out their share of this fast-moving market while it is still up for grabs. Comstar already covers Moscow and 81 other Russian cities, Pridantsev said the company aims to expand operations to cover a total of 200 cities with populations over 100,000 people, and has already been moving fast into the regions.

The company controls 29 percent of the broadband market in Moscow but only 4 percent in the regions, analysts said, but is buying up regional assets to extend its reach into the hinterland. At the start of this year, the company added yet another regional operator when it paid $8m to buy regional broadband player, Tenzor Telecom, based in the Yaroslavl region.

Comstar’s broadband reach into the regions is growing even faster in the regions than for the country as a whole. The company’s regional broadband base was up by 44 percent year-on-year in 2009, said Konstantin Chernyshev, an analyst at Uralsib in Moscow.

Chernyshev said that by the end of 2010, Comstar’s total broadband base will increase by a quarter again to 1.5m households, including 560,000 households in the regions, making it one of the fastest growing companies in the country.

“The company provides the best exposure to the fast-growing broadband market in Russia e_SEmD particularly as its focus is not on the highly penetrated Moscow market, but on the regions where the company has a greater scope for development,” Chernyshev said.