Georgia: an insecure foothold for the U.S. 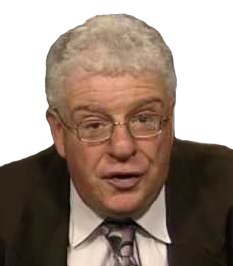 It is always bad news for a major continental nation or global superpower to tie its fate too closely to a small, unstable and potentially dangerously irresponsible client state. That is a mistake that U.S. President Barack Obama, like his predecessor George W. Bush, is still making toward the republic of Georgia in the Caucasus.

Georgia, while chaotic, is certainly a strategic prize because of its location. It offers U.S policymakers at least the illusion of a secure foothold in the heart of the Caucasus on the eastern side of the Black Sea, and it offers the territory for oil and gas pipelines from the Caspian Basin and from neighboring Azerbaijan that do not have to pass through Russian territory. Now that the new government of Ukraine under President Viktor Yanukovych is energetically repairing its traditionally close ties to Moscow, and to oil- and gas-rich Kazakhstan, Georgia has become more attractive to U.S. policymakers. For it offers the prospect of keeping the southern route to the Caspian Basin open even when the northern route is coming back into the Russian sphere of influence.

However, these geopolitical considerations, and rhetoric about supporting Georgian President Mikheil Saakashvili as a democratically elected and pro-American leader, come up against two harsh realities. The first is that Georgia has been not just within the Russian sphere of influence but was an integral part of the Russian state for nearly 190 years. U.S. support for Georgia is therefore guaranteed to enrage ordinary Russians as well as policymakers as much as Russian support for a nation traditionally in the American sphere of influence, like Venezuela, can enrage Americans. If President Hugo Chavez of Venezuela was to try to bring his nation into the Russian-led Collective Security Treaty Organization or the Russian and Chinese-led Shanghai Cooperation Organization, any president in Washington, whether Democrat or Republican, would be outraged. But the risks of superpower conflict—and in strategic nuclear and military terms, Russia is certainly still a superpower comparable only to the United States—over Georgia are much graver. For President Saakashvili has repeatedly shown during his years in power that he is a loose cannon. And U.S. policymakers cannot be confident that they can keep him on a sufficiently tight leash.

History repeatedly shows us that major wars and the consequent destruction all too often start because confident global superpowers rush to the defense of tiny client states that they did not have to defend. Great Britain did not have to go to war with Imperial Germany in 1914. It did so because the German Army’s plan of attack against France committed it to sweep through Belgium. Even then, the British Liberal government of the time could have sat back and left Belgium to German occupation. The Germans of 1914-18, however formidable they were militarily, were certainly no Nazis. But traditional British concepts of geopolitics and outmoded rhetoric about “honor” and “glory” led the half dozen or so top decision-makers, including Winston Churchill, to commit themselves to war. It was among the worst policy decisions in British history. It led directly to the death of more than one million British and British Empire young men in World War I. One in three of all British males between the ages of 18 and 45 died in that war or suffered premature deaths decade before their time because of the injuries they received in it. And the British Empire rapidly dissolved over the next generation precisely because the will to keep it had been drowned in the bloodbath. Tsarist Russia made the same catastrophic mistake as the British did. Russia did not have to commit itself to defend Serbia in 1914, just as Imperial Germany did not have to give its far weaker ally, Austria-Hungary, the infamous “blank check” to destroy the Serbian state.

If President Obama and Secretary of State Hillary Clinton want to avoid an equally dangerous confrontation with Russia in the future, in order to defend a small, marginal ally over whose government they have little, if any influence, they should study the terrible lessons of 1914 and learn from them.