The future of banking in Russia 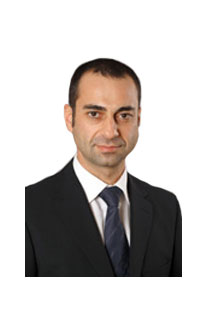 Russia’s banking sector suffered much less from the world’s financial and economic crisis compared to many emerging and most developed markets.Largely, this was due to a significantly lower leverage level and low international wholesale funding exposure level. At the beginning of 2008, the ratio of assets to equity stood at just eight for Russian banks, compared to 38 for European banks and 31 for American banks. Foreign borrowings accounted for just 20 percent of total assets. During the crisis, only 18 banks sank to the bottom, none of them crucial for the stability of the banking system as a whole or any large market segment.

With almost 1,000 banks operating in Russia, the penetration of banking services remains very low compared to both developed and emerging markets. Mortgage loans are a mere 3 percent of GDP, compared to more than 50 percent in developed economies. Russia’s aggregate banking sector assets account for some 70-75 percent of GDP, which is also very low. At the same time, the Russian banking sector is one of the world’s most advanced in terms of corporate governance. Regulation requirements and capital adequacy norms are among the strictest in the world.

Meanwhile, about 80 percent of the market is controlled by the 30 largest Russian banks, and only one of these banks, VTB, provides a full range of financial services, from commercial to investment banking. During the crisis, VTB received significant support from the government, using government funding to finance development, including its investment banking business. As a result, VTB now has an investment banking business on par with international IB peers. This is an important factor for our banking system as a whole. Though supporting this market is an expensive undertaking for the government, the banking sector benefits from the appearance of a player capable of offering a full range of investment banking services, including corporate restructuring, access to debt and equity capital markets, M&A, investment consulting services e_SEmD in other words, all the services that Russian banks previously sought from JP Morgan, Morgan Stanley or Deutsche Bank. For the Russian market, this is a significant step forward: domestic companies are recovering from the crisis, showing strong interest in international cooperation, which means that significant expansion can be expected in the IPO market, for example.

Russia’s banking system is forecast to grow by 10-15 percent in 2010. For VTB, with its competitive advantages, we expect 13-18 percent. At this point, it is hard to say how the banking system capitalization will increase this year. VTB’s stock price has jumped by 10 percent since the start of the year, while its main rival Sberbank, which has the biggest pool of assets, has seen its stock price fall by five percent as of the time of this publication. We now forecast that VTB’s stock price is likely to continue outpacing Sberbank as well as outperforming the market as a whole. Earlier, significant restructuring costs kept VTB’s stock price lower, but now that the restructuring process has been completed we’re seeing demand for the stock and the price rising. Toward the end of the year, the stock price may well rise from the current level of around $4.75 per GDR to above $7, a potential upside in excess of 50 percent.