What does friendship mean to a Russian? 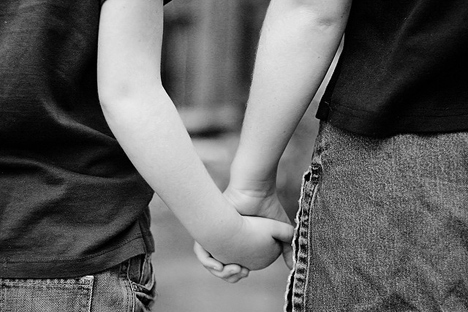 The American is used to smiling, friendly citizens, while Russians smile only to those they know very well. Since visitors in public places are not friends, there is no need to show attention to them or care. That surprises the American until he learns about Russians better.

“I never could grasp how Russians might be so different. They are so sincere and openhearted at a table or with friends and so aggressive and rude in public service offices,” said a U.S. diplomat who has been working for years in Russia, describing the typical Russian national feature.

Russians who live in the United States for decades and have an opportunity to compare national qualities say that most Americans understand the concept of friendship differently. “It is wise not to rely on your friends to help you to move and carry your furniture, while for Russians [it] is still quite natural to help this way,” said a former Soviet who has been living in the United States for three decades. He added that it is also a bad sign among Americans to present elegant and expensive gifts. Also, when an American says, “Let's get together,” he or she may or may not mean it; Russians only offer to meet when they are serious.

For an American, friendship primarily means having a nice time. It is not commonplace to complain to each other about how severe life is, as Russians do, or to rely on friends to help solve a person’s problems.

Friendship, especially in the Soviet times, was partly a substitute for dysfunctional institutions. In order to get qualified medical service, a person should have acquaintances in a good hospital; in order to get fresh fruits on a holiday table, one needs a friend in food distribution. If parents want to enroll children in a well-regarded school, they should be familiar with the director. Social networking was a crucial component for survival in the Soviet period. Doing and returning favors was one of the touchstones of the Soviet society suffering from a deficit of goods and services, even of fruit or meat.

Finding inside connections is still a vital way of dealing with life’s problems in Russia, because of the lack of both governmental efficiency and the lack of public services for all citizens. Individual Russians, and even companies, still overcome day-to-day headaches—speeding up a surgery date for a relative or paying a fine to police—with a little help from friends. A company may get better business conditions by having friends in the government agencies, while a worker may get a higher position if somebody asks on his behalf. This has little in common with the American system of writing reference and reflects more the lack of functioning laws in Russian society as well as the disparity between wealthy and low-income social groups.

The Russian way does not fit well with the American credo, “The difficult we do at once; the impossible takes a little longer.” Russians often prefer tactics of circumventing the problem; they choose to pay rather than try to solve a problem they face.

Inability to solve problems makes people nervous and angry, and the level of mutual trust in the Russian society is extremely low. Yet according to surveys, Russians count on relatives, friends, the president neighbors, which means that they do not rely on official institutions.

At the same time, Russians are used to forgiving mistakes and weakness of either friends or public institutions, and this quality reflects, ironically, a quite opposite feature of the Russian character, warmth cordiality. Once a person has recognized another as a friend, he becomes reliable and candid for ages. They can exchange their deepest feelings and discuss all facets of their lives.

From time to time, Americans share with Russians who live in the United States their fears and concerns, not worrying about being judged as losers or wimps. Russians are used to relying on each other and see if somebody shows weakness. Presumably, this stems in part from the fact that for much of its history, most of the Russian population had nothing at all, and no chance of appreciating any wealth.

American historians give one more explanation of such different understandings of friendship. In their short history, Americans have moved a lot and had little chance to establish long-lasting relationships with friends, colleagues or neighbors. They got by with having friends for fun or colleagues for work.

Finally, Russians love to talk and linger over meaningful, passionate conversation. Americans try to come across as if they are always busy, especially in East Coast cities. They spend 50 minutes at lunch and run back to their routine. Russians can spend hours having dinner if they run into an interesting conversation or company. No waiter will bring a check until he is asked. Cafes and restaurants in Russia are not only about eating; they are about having a cordial talk.

Presumably, our ability to linger over conversation compensates for a shortage of practical achievements.