A time to gather stones 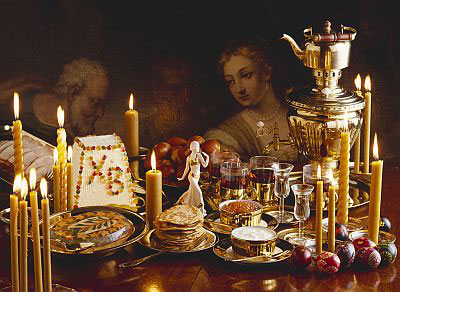 The deepening crisis in countries in Southern Europe (Greece, Portugal, Spain and, perhaps, Italy), the political stalemate in Britain requiring drastic decisions (the pressing need to revise the electoral system of the relative majority), the revival of destructive processes in post-Soviet space (the de facto collapse of the state system in Kyrgyzstan) — these are just a few of the events suggesting the possible shape of a new tectonic shift in the international system. This shift will occur, of course, at a time when the major powers have obviously lost control over fast-changing global and regional realities.

How and where will the new reality influence the interests of Russia and India? I think that the main sphere of our mutual interest is Central Asia.

At the end of the Soviet era, in 1989-91, I had the chance to talk to such prominent Indian intellectuals and members of the strategic elites as P.N. Haksar, M.L. Fotedar, and Ravindra Kumar. Their main thought then was that the disintegration of the Soviet Union would create a huge vacuum that would be quickly filled by radical Islam. Whether the Soviet system was good or bad was a separate matter. Russian colonialism (as embodied by the Russian Empire and later the USSR) not only created a secular state system in Central Asia and fostered secular elites in this part of Eurasia, it also acted as a military and political barrier to keep ideas and practices of radical Islam out of Central Asia.

The ideas of these Indian intellectuals had much in common with those of physicist Andrei Sakharov, as expressed in the “Sakharov Constitution” which he helped draft in 1989 for Mikhail Gorbachev — a new Constitution of the Union of Soviet Republics of Europe and Asia. It was based on the following principles: a single Eurasian territory had taken shape historically over a long period of time; that space possessed an economic community, the free movement of demographic groups prompted by economic necessity; the state from time immemorial had acted as the main party of modernisation; the most important condition for the viability of “Soviet space” was the modernisation of the political system by developing horizontal ties (i.e. independent of the central authorities), the trademark of any civilised society. (These clear and simple organisational principles, I might add, were implemented successfully by Manmohan Singh in his 1991 reform.)

However, the scientist-thinker’s logic was rejected by Gorbachev and his comrades, and soon betrayed altogether by cessionaries who replaced systemic reform with a reckless liberalisation of prices and greedy divvying up of the Soviet-property pie. The lack of a clearly articulated strategy for development came back like a boomerang in the form of an increasingly exacerbated systemic crisis throughout the former Soviet Union. “The broad masses” in the former Soviet republics were almost ready to trade their sovereignty for a standard of living worthy of modern man.

Life is hard, and one cannot expect help from abroad. This truth is borne out by US President Barack Obama’s efforts to create a “middle class society” at home. No less instructive an example is Germany, whose population dramatically decreased its support (to 6 pc) for the federal government after it offered a bailout package to Greece. In other words, the concepts of Weltpolitik and Realpolitik (as understood in the 20th century) are history; and this has seriously affected former socialist countries in Central and Eastern Europe, to say nothing of former Soviet republics. Moreover, conservative intellectuals in Western Europe propose a return to the idea of an “historical nucleus” of the European Union, which does not bode well for “European integration”.

Recent events in post-Soviet space evidently show that integration in this part of the world is historically inevitable, especially since Russia does not encroach on the sovereignty of former Soviet republics, or rather, on the desire of the ethnocratic elites there to run “their” territories themselves. Sakharov’s main idea was to decentralise the empire, to improve the viability of its territories and — in the end — to painlessly integrate this vast space in the world economy, then developing under the laws of the scientific and technological revolution.

However, that was twenty years ago. The cooperative ties between former Soviet republics have been largely destroyed, while their production powers are still playing catch-up. All of this makes the task of reintegrating post-Soviet space enormously complex — economically, politically, and especially intellectually. But there is no other way. The only alternative to integration is the chaotisation of post-Soviet space..

Finally, a post scriptuum, directly related to Russian-Indian relations. In his article of 28.04.10, Kanwal Sibal rightly remarks on the existence of nuances in Russia and India’s understandings of China’s foreign-policy strategy. The question is how to restore the trust in relations between our leaders which was characteristic during the Soviet period. No small part in restoring the “Soviet” spirit was played by Russian Prime Minister Vladimir Putin during his recent whirlwind visit to Delhi. This positive inertia could also be developed in Moscow, bearing in mind our particular sensitivity to the memory of the War and the Victory. I might add that the format for receiving foreign leaders on the 65th anniversary — without an invitation, by desire — was in the best Byzantine traditions: whoever respects Russia comes. (Our allies in the anti-Hitler coalition don’t count since their authorised representatives marched on May 9 across Red Square.)

At the focus of world attention were German Chancellor Angela Merkel and Chinese President Hu Jintao, both of whom contrived to turn their trip to Moscow into a variety of working visit. In the context of our “strategic partnership”, Hu Jintao conducted official talks in the Kremlin. Given this, the absence of Indian leaders was striking and not just to me. One has to admit: on May 9 Beijing outplayed Delhi. The hope is that such misunderstandings can be avoided in future; frequent communication at the top level is an important factor in returning our relations to an ascendant trajectory of development.

Andrey Volodin, Dr.Sc. (History), is a Chief Researcher at the Institute of World Economy and International Relations in Moscow.