The making of a genius: a million-dollar mystery 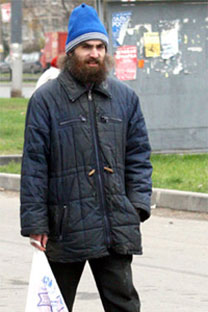 Grigory Perelman, the mathsgenius who said no to $1 mn

Saying no to a $1-million award is not easy. But Grigory Perelman, a reclusive mathematician who has solved a century-old maths problem, has done precisely that, sparking a hundred theories about what makes a genius tick.

In March, the Clay Mathematical Institute in the United States awarded Russian mathematician Grigory Perelman its Millennium Prize of $1 mn for solving a over century-old math problem posed by French mathematician Henri Poincaré in 1904. Perelman was barely 35 years old when he found proof for Conjecture, one of the seven critical millennium problems that will help describe the shape of the universe and posted it on the web.

The prize set off frenzied speculation in the media whether the reclusive mathematician, who lives with his mother in a modest apartment in a suburb of St Petersburg, will accept the new honour or not. Four years ago, he had refused a maths equivalent of an Oscar.

The media spotlight on the intriguing career of Perelman has also rekindled interest in that much-discussed and much-misunderstood phenomenon called “genius”. Someone quipped that geniuses fall to the Earth from heaven. In Greek mythology, genius and madness were often allied, fuelling latter-day theories about genius being a species of mental aberration. Seneca said that every great mind was tainted with madness. History is replete with exceptionally gifted artists, scientists and performers who challenge our average understanding of genius. While theories trying to demystify genius continue to proliferate, experts at a Russian institute, established in the Soviet era, have been examining the brains of revolutionaries, scientists and writers to decode the puzzle for years. But the mystery has only deepened as they could not find any difference between the brains of average people and those of that rare breed called genius.

“Extraordinary abilities are a disease," says Svyatoslav Medvedev, director of the Human Brain Institute at the Russian Academy of Sciences. “A genius is a sick person, a deviation. Interestingly, all brilliant mathematicians and physicists made their discoveries before they were 35. No outstanding insights came after that point, though they did produce good quality research.” Why? A theory says that over years our brain develops a “mistake detector”, which prevents us from straying beyond known concepts. Without it, people would have to learn over and over again from their mistakes. This detector accumulates our experience and thus supports multiple automatic actions. As soon as we begin to move outside the known experience, the brain signals: "This can't be true."

That’s why children are often considered geniuses. William Wordsworth famously said “the child is the father of man,” till “shades of the prison-house begin to close u pon the growing Boy”, shutting out breakthrough ideas or lightning insights in one’s later life. According to Medvedev, the reason is that their entire body functions in a non-standard mode as they persistently venture into restricted areas of cognition. This perhaps explains why geniuses generally have short lives and often suffer from ill health.

Experts from other areas like psychiatry and genetics have also forayed into genius studies. In the 19th century, Italian criminologist Cesare Lambroso compiled an extensive profile of idiosyncrasies of great people published in his book “Genius and Madness". It provoked a stormy debate, which has been raging ever since. In the 1920s, Grigory Segalin studied the genealogies of great figures trying to prove that one line of descent (the father, for instance) usually contributed an exceptional talent, while the other left the legacy of a psychological condition. He believed that it took more than a natural gift to produce a genius as long as it was restrained by "the workings of a normal consciousness" (read the "mistake detector"). So a psychological anomaly works as "a magic elixir," which releases the genius from its prison.

Segalin examined genealogical trees and health histories of iconic figures like as Leo Tolstoy, Dostoyevsky, Goethe, Byron, Balzac, Shuman and more. However impressive this list might appear, it still does not appear convincing to many experts who do not see any direct link between genius and psychological problems.

Famous Soviet geneticist Vladimir Efroimson pointed out a link between outstanding abilities and gout, caused by high levels of uric acid. He put together a list of great gout-stricken people including Michelangelo, Rubens, Galileo, Leibniz, Darwin, Thomas Moore and Newton.

Now, cutting-edge technologies in biosciences are prying into the secrets of genius by looking directly into their brains. When people rely on their reflexes without thinking, they tend to use the frontal lobes of the left cerebral hemisphere. More complex tasks activate some parts of the right hemisphere. A person taking part in the experiment reaches the peak of creativity when he or she experiences a so-called “altered state of consciousness” while solving a complex problem, says Dr Nina Sviderskaya of the Institute for Higher Nervous Activity and Neurophysiology, a leading medical researcher in this field. At that moment, both hemispheres of the brain are fully engaged.

This unusual state of mind has many variants, including hypnosis, autism, schizophrenia, and epilepsy. The altered mind is a working medium for psychics or shamans. The experiments conducted by Dr Sviderskaya showed that schizophrenics spent much less effort and energy to solve problems than normal people. And the reason is clear. They do not need to attain the altered state because they live in it.

Is this the key to the secret of genius? Dr Sviderskaya cautions that it is too early to jump to any conclusions. As for the extraordinary abilities demonstrated by some schizophrenic patients, they develop to the detriment of the brain and constitute the defect itself.

The one point all modern researchers, however, agree upon is that the mystery of genius cannot be unraveled without genetic science. It is critical to understand how the brain develops and what genes control its various components. From time to time, the media even reports sensational discoveries of a genius gene. Any mental gift, however, is too complex to be pre-defined by one or two genes. It has to be a genetic orchestra to master a great symphony. Deciphering this sophisticated code is a formidable task, which may take decades to complete.