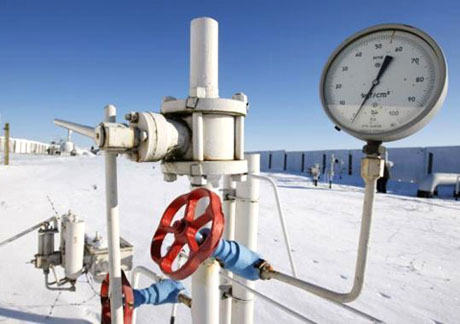 European officials aim to buy more liquefied natural gas in an effort to reduce dependence on Russian gas imports, said a Total official, according to The Moscow Times.

"Europe is making massive investments in LNG terminals," said Laurent Chevalier, president of Total's gas and power ventures in China. "There's an enormous effort to ensure security of supply, and at the same time Europeans are also enablers for Russian pipelines."

The advantage of LNG is that it turns gas, which normally can only be transported through pipes, into a commodity like oil that can be transported anywhere. The problem with pipes is that once built they can't be moved, making both supplier and customer captive and stymieing market forces so that gas price negotiations become intensely political.

The disadvantage of LNG is the price. Gas must be frozen to extremely low temperatures, transported in special ships, and then stored in special facilities, all of which raises the cost of LNG far above piped gas.

Russia's huge advantage in the battle for gas customers is the size of its gas fields. Once a field is breached, nothing more needs be done other than hook the field up to a pipe.

This means the LNG will not replace piped gas in the foreseeable future. Moreover, since Russia is building two major new pipelines into Europe, its exports to Europe are only likely to increase. However, LNG is increasing its share of total gas supplies, and new LNG capacity will account for most of the increase in demand through to 2020, but the bulk of supply will continue to come from pipes.