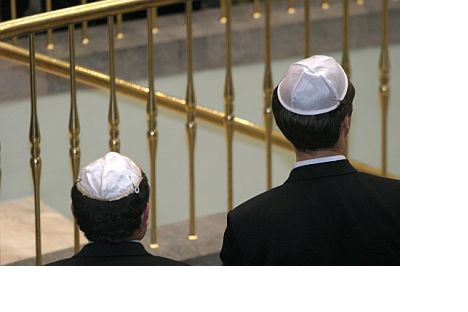 The two-day Shanghai Cooperation Organization (SCO) summit began in Tashkent yesterday. The main topics of discussion will be: security and the situation in Afghanistan and Kyrgyzstan. Four documents are scheduled to be adopted today, the most important of which governs the rules of admission of new members into the SCO. Before the summit, President Dmitry Medvedev held a number of bilateral meetings with his colleagues from the “Shanghai Six” and the heads of the SCO observer states.
The new rules for admission into the SCO were a disappointment to Iran. This country, which submitted its documents for accession into the organization two years ago, had lost this opportunity, because now, the SCO charter prohibits the membership of countries which are under UN sanctions.

Therefore, Iran’s President Mahmoud Ahmadinejad, who regularly attends all SCO meetings, did not arrive in Tashkent. From Dushanbe, where he had concluded his two-day visit, the Iranian leader headed to Shanghai to open Iran’s National Pavilion Day at the 2010-Expo. At the same time, the document basically lifts the moratorium on the accession of all other countries interested in the organization.

One of the main themes of the summit is the situation in Kyrgyzstan. The political situation in this republic affects the interests of all the SCO members. In the region, it is believed that Bishkek’s decision to choose a parliamentary form of government may fall short of expectations – democratization could open the door for extremist and terrorist organizations in Central Asia, which threaten not only Uzbekistan or Kazakhstan, for example, but also China. However, observers believe that the members of the “Shanghai Six” do not yet have any solutions for the stabilization of situation in Kyrgyzstan. In the meantime, Bishkek may be offered to take a loan from the monetary fund created within the SCO.

The SCO members are no less concerned about the situation in Afghanistan, and it is not by chance that the extended meeting will be attended by the presidents of Afghanistan and Turkmenistan – Hamid Karzai and Gurbanguly Berdymukhammedov respectively. At the initiative of Russian President Dmitry Medvedev, a separate discussion will address the Afghan drug trafficking problem.

The heads of states that do not see each other as frequently as they would like had the opportunity to discuss all the accumulated problems. Before the summit took off, Dmitry Medvedev had the chance to speak with the head of the country hosting the summit – Uzbek leader Islam Karimov. According to media reports, Uzbekistan’s leader discussed the difficulties in preparing for the summit.

“Practically all the documents are ready, although the negotiation process was not easy,” Karimov told Medvedev, and noted that leaders of SCO member states could, if need be, collectively or individually make certain changes to the documents at the forthcoming talks. He offered the Russian president to prolong his trip for another day in order to review the situation in Tashkent and discuss some bilateral issues.

“The wishes of certain experts to see someone try to encourage Uzbekistan return to the EurAsEC, or change its position on the creation of rapid reaction forces within the CSTO, were unjustified. It is still premature. The Uzbek leadership is not likely to change the already-declared stance of its involvement in these organizations,” Azhdar Kurtov, of the Russian Strategic Research Institute, told Nezavisimaya Gazeta (NG). In his opinion, the future for economic cooperation looks grim. The European demand for natural gas has yet to restore to its previous level. This means that Russia has no reason to increase its gas purchases from Central Asia. “This is the main topic that could have been discussed, and perhaps the main thing that could interest Uzbekistan,” says Kurtov.

According to Vladimir Paramonov, an expert from Uzbekistan on Central Asian and SCO issues, “the main result of the summit is Uzbekistan’s highly successful attempt to position itself as the key player in the SCO, on whose position depends the future development of the SCO, Central Asia, and even future Russian-Chinese cooperation in the region”.

The host of the event, Islam Karimov, will face difficult talks with the President of Tajikistan, Emomali Rakhmon, today. The relations between the two countries remain tense due to the transport blockade, which had been imposed by Uzbekistan. In Dushanbe and Washington, crowds have gathered near the Uzbek embassy, demanding that cargo be permitted to be transferred to Tajikistan and Afghanistan.

Local analysts say that the transport blockade was imposed due to the construction of the Rogunsky hydroelectric power station – something that is very negatively perceived by Tashkent, which believes that the power station could cause some serious water problems and even a “technogenic” disaster in the region, and therefore an international examination of the construction project must take place. The disagreement between the neighbors is so serious that one meeting, even if it is on the highest level, is unlikely to overcome the differences.

The SCO will continue to expand

The SCO includes China, Kazakhstan, Kyrgyzstan, Russia, Tajikistan, and Uzbekistan. The status of observer countries belongs to India, Iran, Mongolia, and Pakistan. Presidents of Afghanistan and Turkmenistan have been invited to the current summit as guests of honor.