The Game of an Era 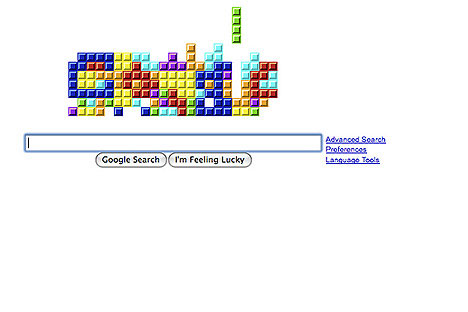 If you ever worked with a computer, you know about Tetris. And even if you have never owned a computer, you have surely seen children playing this game on their Playstations or even their phones.
Tetris was released on June 6, 1984.

“Born in 1984, it instantly changed the world and become a classic puzzle,” said Reuters.

What makes Tetris unique is that it is still a popular pastime in spite of the plethora of digital entertainments that have appeared since its creation. Tetris was invented by a Soviet programmer, Alexei Pazhitnov, who was working at the Academy of Sciences at the time when he developed the game.

The Cold War was at its height, but it did not prevent Hank Rogers, an enterprising American businessman and owner of BulletProof Software, from buying the rights to the Russian game. Since then, 120 million official copies of the game have been sold. It may be hard to believe, but Tetris is among the ten most popular games for the iPhone according to purchases in the AppStore. The Tetris license is currently owned by the company Electronic Arts, but the licensed copies of the game sold for PCs, smart phones and pocket consoles do not begin to give an idea of the real number of pirated copies sold. Yet Rogers is sure that the game still has untapped potential: He plans to include Tetris in the Olympic Games. The US Tetris championship will be held this year, he promises. Interestingly, Alexei Pazhitnov still receives royalties from Rogers for selling his game.

Pazhitnov himself insists that he did not invent Tetris as entertainment. His aim was to test the potential of Soviet computers. He wrote the game on the Elektronika-60 computer: “I tried to transfer the table games I used to play as a child to the computer. Tetris is one of the best children’s games that develop the mind,” he says. He attributes the success of Tetris to the fact that “it is easy to learn, but hard to master.” He says the game is successful because it is the player’s task “to build, to create, and not to destroy,” making it a “feel-good game.” Pazhitnov’s other games, including “Pandora’s Box” and “Hexic” are less popular. In fact they are practically unknown.

Could a Soviet programmer imagine in 1984 that his brainchild would conquer the world? Certainly not. At the Soviet Academy of Sciences, the 29-year-old Pazhitnov studied artificial intelligence and created speech recognition programs. Tetris was intended not as a game, but a program demonstrating the potential of the computer intellect: The computer is so smart that it can even put building cubes together. The Soviet computer of the time failed the test.

Tetris is a truncated digital version of the Pentamino game popular in the Soviet era, in which all the figures consisted of five squares. Pazhitnov “simplified” the game because the computers of the time were not powerful enough to handle the classical Penatmino game. During the course of many experiments, it occurred to Pazhitnov that the figures could be put together by a human and when they form themselves into a figure, the figure disappears and the game starts all over again. Tetris thus became a pastime that had grown out of a scientific experiment.

Later a 16-year-old Soviet schoolboy, Vadim Gerasimov, ported the game from Elektronika-60 to an IBM PC. The game quickly became popular among Muscovites before spreading to other countries in the Soviet camp and eventually caught the eye of Americans in Hungary. The right to sell the game in the US was contested by the companies Spectrum Holobyte, Bullet-Proof Software and Atari Games, Famicom and others. Bullet-Proof won the contest. Foreign rights to Tetris are the subject of a very complicated story.

Legend has it that within two weeks, Tetris became a best seller among the then-small community of Moscow programmers. Officially, the rights to the program belonged to the Academy of Sciences Computer Centre. True, the Centre did not evince any interest. Tetris first appeared in Hungary where it was taken up by the staff of the local Institute of Energy Studies in 1986. The game was transferred to Commodore and Apple-2 computers. The owner of the British company Andromeda Software, Robert Stein, a Hungarian-born Brit, happened to be at the Institute at the time. Realizing the game’s potential, Stein immediately contacted Pazhitnov and received his consent to sell the rights to the game. However, negotiations between Stein and the Soviet Computer Centre dragged on for weeks. Stein even paid a visit to Moscow in the winter of 1985, but the negotiations were not crowned with success. In the meantime, Americans from the company Spectrum Holobyte got wind of the existence of Tetris. They agreed with Stein that he would first buy the rights to the game from the Russians and then sell them to the Americans. Stein, realizing that the talks with the Soviets were at a dead end, never admitted the failure of the talks, and Tetris began to be sold in the US illegally. The American PC version of the game was released in 1988.

Later on there were many negotiations, with the British, Stein and many other companies. In 1989, Hank Rogers, then representing the interests of Nintendo, met with Pazhitnov . Nintendo bought the rights to the game on March 21, 1989. The rights were then passed to the company Blue Lava Wireless, also owned by Rogers. In 2005, Electronic Arts Company bought the rights to Tetris for $137 million. Pazhitnov did not receive any royalties for his invention until 1996, although the game was selling millions of copies.

In 1988, Pazhitnov set up his own company, Anima Tek, to develop gaming software and he set up the company Tetris in 1991. It should be noted that Pazhitnov received substantial help in creating his own business from none other than Rogers, who became his partner and friend.

Five years later, Alexey Pazhitnov left to work for Microsoft where he created Pandora’s Box. Pazhitnov now works for the company WildSnake Software, which develops and distributes casual computer games. In March 2007, he won the First Penguin Prize as part of Game Developers Choice for his services to the gaming community. These services are unchallengeable. Guinness World Records included Tetris in its Book of Records as a game ported to the largest number of devices and with the largest number of variants.

But here is the irony of the story: If you ask a Moscow 10-year-old (or for that matter, an adult Frenchman) what country gave birth to Tetris, it is doubtful they will say Russia.

Today, all we can do is to congratulate Alexey Pazhitnov and his game Tetris.