Unconventional Gas: A Warning for Russia 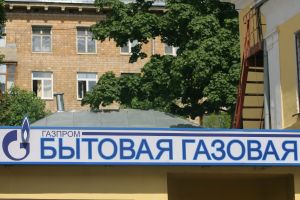 The worst of it for Russia is not the fact that the US is the world’s largest gas producer with the largest resource base. Rather, it is the fact that combined with the unprecedented growth in global liquid natural production, unconventional gas is causing a collapse in prices and greater competition in gas supply for Gazprom.

So what is this unconventional gas and how did it come to have such an impact? Unconventional gas is gas locked in shale, sandstones and coal beds. Geologists have always known there was far more of this "unconventional" gas available than conventional gas. However, it was far too expensive to get out of the ground to be of value. However, starting in the early 1980s in the Barnett Shale in Texas, led by George Mitchell, founder of Mitchell Energy, a number of energy companies worked on and refined new technologies to reduce the cost of accessing that gas.

In the last few years, that technology and know how, focused around horizontal drilling and hydro-fracturing has developed to the point where the costs of the gas extracted are comparable with conventional gas. This has resulted in a surge of gas production in the US. In 2008, unconventional gas represented 50 percent of US gas production, and in 2009 the US overtook Russia as the world’s largest gas producer.

Unconventional gas does not just exist in the United States. The International Energy Agency in its latest World Energy Outlook Report estimates that while the US and Canada have 233 trillion cubic meters, China and Central Asia have 144 tcm and the former Soviet republics have 155 tcm, even the EU has approximately 35 tcm. This is an enormous resource base. The total proven Russian conventional reserves, which are the world’s largest amount to only 47 tcm.

The US and the EU were supposed to be competing for liquid natural gas from the Atlantic basin (Trinidad, Nigeria and Algeria) and Qatar. With the enormous growth of the US unconventional gas market, the US LNG receiving stations are importing less and less LNG. In effect, the US unconventional gas revolution has increased EU supply security by removing US demand for LNG. This "LNG effect" is reinforced by the unprecedented increase in global LNG production which is ramping up from 240 billion cubic meters (bcm) in 2008 to 410 bcm in 2014.

This LNG effect may well be further reinforced by Chinese development of unconventional gas, which could potentially reduce LNG demand in Asia, leaving LNG to the Europeans and Japanese.

Even in Europe there is some significant development of unconventional gas on its way. Led by Exxon, a number of the other international oil companies (IOCs) have obtained exploration licences in Hungary, Poland, Sweden, Germany Romania and the UK. Most of the major IOCs have focused on Poland, where there are significant gas shale deposits that appear to have a geology similar to that of the Barnett Shale in Texas, which is now responsible for 7 percent of US gas production. One industry analyst suggests that the Polish shale fields may have a resource base of between 2 and 10 tcm. Even at the conservative end of that estimate, that size of resource base would significantly enhance energy security across the Central and Eastern European member States.

There are of course difficulties. Europe has a far greater population density than the US, so it may well be difficult to develop unconventional gas over the Paris and Vienna shale basins, for example. However, not all of Europe has great population density. For instance, the Polish shale basins are relatively lightly populated. Equally, coal bed gas, another form of unconventional gas, can be developed on existing despoiled land found on European coal fields where there is likely to be less objection to development.

Environmental concerns have been raised as to the dangers of the chemicals from hydro-fracturing seeping into drinking water. The US gas industry claims that most of these problems can be solved for instance by properly sealing wells and use of recycling technology. Clearly these questions need to be resolved. However, it noticeable that the leading energy research analyst firm, Cambridge Energy Research Associates, recently published a paper indicating that the environmental issues can be managed by good practice and effective deployment of technology. A report on the environmental issues relating to unconventional gas will be published later this year by the US Environmental Protection Agency should provide policymakers clearer guidance on the scale of any environmental problem.

From an environmental perspective, unconventional gas also offers the EU the prospect of a major C02 benefit. Gas is significantly less C02 emitting than coal. If the EU has significant diverse and cheap gas resources, it can meet and indeed exceed C02 targets by rapid switch-off of coal fired power stations and replacing them with gas-fired turbines. This is made easier still by the fact that gas-fired turbines are cheap and easy to install compared to any other energy source.

There are multiple dangers for Gazprom here. First, the collapse in demand for LNG in the United States combined with the boom in LNG production creates real competition for Gazprom in the EU gas market. Second, the development of unconventional gas in Europe creates some additional competitors who for the first time will make EU liberalization really work by using liberalization rules to seize market share from Gazprom and its customers. Worse still, the unconventional gas producers will want to build new infrastructure linking up more of the European market, providing a route to market for itself and LNG producers, further increasing the competition against Gazprom.

Ultimately, Gazprom could end up in the position of the EU gas supplier of last resort. This is reinforced by a major commercial reality that unconventional gas sourced from European fields will be cheaper than gas from Siberia.

Compounded with the economic crisis, this looks like a perfect storm for Gazprom. This is underlined by the fact that two-thirds of Gazprom’s revenues emanate from the 150 bcm its sells each year to EU countries.

Such a price focus suggests Gazprom needs to develop its cheapest gas fields. It is open to question, therefore, that Gazprom should be developing major, complex and therefore high-cost fields in the Yamal peninsular in Siberia and the Shtokman field in the Arctic Sea. It should instead be looking at cheaper fields, such as the secondary gas fields near existing pipeline infrastructure and unconventional gas, particularly where again it is near existing infrastructure.

It also needs to review its pipeline strategy. In order to deliver cheap gas to the European market, Gazprom needs cheap pipelines. While Gazprom is committed contractually and financially to Nordstream, Southstream, a significantly bigger and more expensive project, needs to be cancelled. If possible, a deal should be done with Ukraine to ensure reliable and legally secure access to their pipeline network. One approach would be to look for a Russia, EU, Ukraine deal to refurbish the Ukrainian pipeline network, wrapped up in a tougher version of the draft Transit Protocol of the Energy Charter Treaty to protect Russia’s interests in the network. If that is not possible, then the cheapest alternative is for Russia to join the EU-proposed Nabucco pipeline through Turkey and South-Eastern Europe, enlarging the throughput capacity of the pipeline to bring gas to Europe.

More fundamentally, in order for Gazprom and the Russian gas market to prosper, the market needs to be fundamentally modernized. For Russian gas to compete on a radically liquid European gas market where the focus is on low prices, the Russian market has to become very efficient in capital allocation and cost control. Such efficiency is very difficult to deliver if Gazprom has an export and pipeline monopoly and is dominant at the exploration, production, wholesale and retail levels of the supply chain. Some liberalization is necessary to encourage efficiency. Russia does not have to follow the EU liberalization model slavishly. Gazprom can still control the pipeline network, there can be state owned production companies producing gas. However, to encourage efficiency the pipeline network needs to be split from gas production and more private and foreign gas production firms allowed to freely operate. Unbundling the network, plus more private and foreign firms would help push down costs, encourage efficient capital allocation and allow Russia to lever the power of its enormous gas resource base on the European market. The effects of this liberalization will be reinforced if Russia takes steps to encourage foreign direct investment in the sector and technology transfer particularly in respect of unconventional gas.

So goes the Russian gas market, so goes Russia. Unless market modernization is successfully delivered Gazprom will face an increasingly bleak future. It could easily end up the supplier of last resort to the EU with an ever decreasing share of the EU gas market. The broader lesson here for Russia is that simply relying for the future on energy resources is extremely dangerous. Fundamental modernization of the Russian economy is vital before all the energy and commodity markets turn against Russia.

Some commentators may, however, take the view that all will really be well as Russia still has huge resources of oil—an increasingly scarce resource. In my next article I will explain why no one in Russia should rely too much on long term high oil prices.