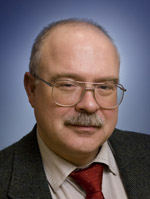 NATO soldiers marching in Red Square on Victory Day. Moscow agreeing on a compromise resolution of the 40-year sea-boundary dispute with Norway. The sight of Prime Minister Vladimir Putin kneeling at the memorial to the Polish officers murdered by Stalin’s regime at Katyn. These are a few glimpses of what the New Europe newspaper two weeks ago described as a kinder, gentler Russia. But three questions immediately arise: Is this real? Why the change? And how to respond to Russia’s new foreign policy?

In this case, what you see is what you get. Russia’s tone, especially toward the United States, began to change last year, but the Kremlin’s support for a fourth version of United Nations Security Council sanctions on Iran demonstrates that, today, there is real substance.

An apparently genuine internal Foreign Ministry document made it clear that the Kremlin now prioritizes relations with the United States and Europe. All of this is a far cry from the 2007 Victory Day parade on Red Square, when then-President Putin compared President George W. Bush’s policies to those of the Third Reich; or when Russia resumed strategic bomber air patrols in 2007 along the Norwegian coast and into the North Atlantic and the Caribbean; or President Dmitry Medvedev’s address to the nation on Nov. 5, 2008, when Medvedev threatened to deploy Iskander short-range missiles in Kaliningrad.

Four factors have contributed most to this positive reversal: the Georgia war of 2008, the global economic crisis, the Obama factor and China’s relentless rise.

The Georgia war demonstrated how quickly relations with the United States could deteriorate, almost to the point of reviving the Cold War, leaving Russia isolated. The economic crisis destroyed illusions of sustained energy-fueled growth and the hubris that went with it.

Finally, as China has become more confident and assertive, its shadow over Russia has grown longer.

Russia’s worsening credit rating and the tougher borrowing terms in the international market are forcing Russia to compete harder for capital. Obama’s openness and pragmatism have turned the United States into a partner, but it is uncertain how long he will stay in the White House and how strong he will be in the future. The China partnership looks increasingly tilted in China’s favor.

So Russia needed to adjust its foreign policy. Passionate defense of Russia’s diminished status makes less sense than practical efforts to stop the country’s decline and enhance its real power. Summits of the BRIC leaders are still held, but the real focus of Russia’s policy is the member countries of the Organization for Economic Cooperation and Development, which have technology and money. Russian foreign policy’s new central task is to channel those resources to the country’s modernization drive.

Still, there are important caveats. The Russian government’s concept of modernization is too narrow to succeed. Unless the basic conditions for doing business in Russia improve substantially and until the government starts to modernize itself, technology transfers will have little effect.

Putin himself has furnished proof of that. Speaking recently at the Russian Academy of Sciences, he said the Soviet economy was structurally incapable of using most of the technological secrets acquired through KGB-style industrial espionage. Without an independent judiciary, secure property rights and a check on corruption, Putin’s modernization will mimic Brezhnev’s. The danger is not of the Kremlin losing interest in technology transfers from the West, but rather its inability to create the right legal, business and political environment to capitalize on them.

The West has broadly welcomed Russia’s new line. Obama has sent a nuclear energy cooperation agreement with Russia to Congress, while the European Union has offered a “partnership for modernization.” Both want Russia to complete its accession to the World Trade Organization.

This is crucial. There can be no better foundation for modernization than WTO membership. The next steps are a permanent normal trade status for Russia in the United States and practical moves toward a pan-European free-trade area between the EU, Russia, Ukraine and other countries.

The time to act is now. Within a few years, when it becomes clear to the Russian leadership that modernization conceived as technological innovation is too narrow to succeed, important choices will have to be made. Either the scope of modernization will be broadened, or modernization will be aborted in favor of regime preservation. Forward-looking elements in Russia will require compelling arguments if their case is to prevail.

Dmitry Trenin is director of the Carnegie Moscow Center.

Previously published in The Moscow Times.