What did the Romanovs do? 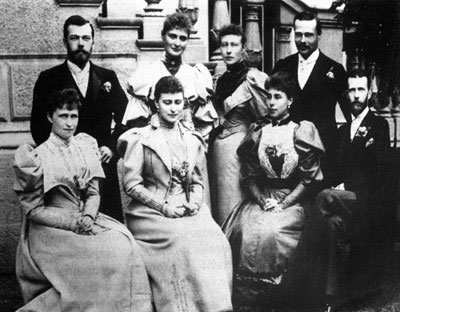 The recent death of the last Romanov born before 1917 brings Russians to more soul searching about the family and its impact on Russian society.
Monty Python comedian John Cleese, playing a revolutionary leader in the film “Life of Brian,” was shocked to receive a flurry of positive answers to his rhetorical question: “What have the Romans ever done for us?”

Russian scholars have traditionally been less flattering about the Romanovs’ record.

Amid the recent death of Grand Duchess Leonida Georgievna, the last Romanov born before the 1917 revolution, Russian historians are once more searching their souls and asking, "What did the Romanov family ever do for us?

The dynasty was at the height of its European power after the defeat of Napoleon in 1815. Yet barely a century later–after botched attempts at economic, political and military reform–the last czar, Nikolai II, left behind a largely feudal country lagging far behind its European counterparts.

If the end was far from glorious, the dynasty’s beginnings were more auspicious.

The Romanovs hailed from Anastasia Romanovna, the first wife of Ivan the Terrible, whose death in 1560 is believed to have pushed him over the edge into psychosis.

The family got its chance for power half a century later, when the boyars elected 16-year-old Mikhail Romanov after a period of anarchy known as The Time of Troubles.

“They needed to pick someone young, quiet and reliable,” said historical novelist Vladimir Sharov. The boyars felt they could easily manipulate Mikhail, and he ended up ruling in tandem with his more powerful father.

It was Peter the Great who offered the best of the Romanovs. Besides building St. Petersburg, he also drove the Turks out of Azov, built a fleet and espoused a harsh form of state capitalism and free trade.

But if the Romanovs did quite a lot for their country, they also did a lot to it.

Consistently more European than most of their subjects, the Romanovs for three centuries tried to impose a system of top-down modernization that was unpopular at best and violent at worst.

A prime example of this approach can be seen from an exchange between the arch-conservative Czar Nikolai I and his secret police chief, Count Alexander Benkendorf, in the aftermath of the 1830 French Revolution.

“Russia is protected from the calamity of revolution because, ever since Peter the Great, the monarchs always stood ahead of the nation,” Benkendorf told Nikolai.

The secret to staying in power was not to enlighten the people in the first place, Benkendorf said, “so that the people do not attain the same level of understanding as their monarchs.”

Nikolai I, or Nikolai Palkin (‘The Stick’) as he was called in folklore, oversaw a brutal militarization of society, where hapless peasants were drafted into the army for life and often beaten to death for minor offenses.

But Nikolai was also Russia’s “only European,” according to Alexander Pushkin, whose fondness for his patron was apparently undimmed by his wife, Natalya Goncharova, reputedly having an affair with Nikolai.

The “European” character of the Romanovs was literally true, since frequent intermarriage with European royalty meant that the Romanovs after Catherine the Great carried just a few drops of Russian blood.

The schism with the people arguably began with Peter the Great, who scandalized the boyars with his modernising ways–and his notorious order to ban beards. “Society was understood to be a passive object to be managed but under no circumstances as a partner to be negotiated with,” wrote Russian historian Semyon Ekshkut. “The government saw dialogue as a danger not only to its own prerogative, but to society itself.”

Czars allowed direct access for a limited number of their subjects. In a modern setting, this practice continues to this day with the live TV call-in shows that Vladimir Putin has hosted, first as president and now as prime minister.

“We can’t say that there was a complete alienation between the monarch and society,” said Sharov, the novelist. “There was a cult around the monarch, and the blame for many things was widely pinned on [those who] surrounded him."

“The idea that only the head of state can solve your personal problems is genetically ingrained,” said Dmitry Babich, a political commentator at RIA Novosti.

This accessibility proved fatal for the reforming tsar, Alexander II, who abolished serfdom in 1861. In 1866, Alexander survived his first assassination attempt in St. Petersburg’s Summer Garden. Yet years later, he was still making himself available to disgruntled citizens–and one of them finally succeeded in killing him on a city street in 1881.