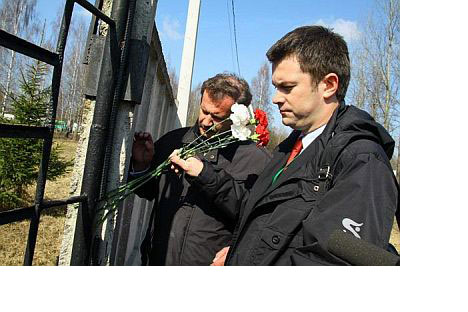 “We have changed” was the main message of Russian President Dmitry Medvedev’s address to the 14th St Petersburg International Economic Forum eariier this month.
Yet, the direction set by Medvedev runs counter to the mainstream ideas of the post-crisis global economy, which is not keen to change. All over the world, liberalism is giving way to aggressive protectionism. Defying the general trend, Russia is opening up to the world, choosing a more liberal economic path. It is no secret that Russia has not seen an open economic policy over the reform period, which has lasted for nearly two decades already. Given the course of modernisation announced by the president, treading water would be self-destructive. This means that Russia is set to see a second and this time massive wave of liberalisation.

This is akin to a U-turn. Indeed, this has been confirmed by a series of important political decisions voiced by the president recently, including a dramatic reduction in the economic areas closed to foreign investment (the list of so-called strategic companies has been decreased by 80 pc), easing the tax burden on investors and promoting the Skolkovo innovative model in the entire country.

All this means that the direction set by Dmitry Medvedev is a long-term direction and far from window-dressing.

Another sign of approaching liberalisation is the idea of creating a major financial centre in Moscow, which has been repeatedly voiced by the president. The necessary conditions are there: Russia’s financial assets are worth around $1 trillion – something even leading West European economies cannot boast.

"Russia is in the right place at the right time now," says Kingsmill Bond, head of strategy at Troika Dialog. "In the 1990s, Russia was in chaos, so there was little reform. Between 2000 and 2003, there was a first attempt to reform, but after oil prices soared over the next five years, this ran out of steam as there was so much money. In the last two years, the government has been completely occupied with fighting the crisis. But now, there is a real need to make reforms, but more importantly, there the government also has a real desire to reform."

“Changes require time. But no doubt, we will do it,” Dmitry Medvedev assured his audience. Meanwhile, external economic factors are not favourable as the EU, Russia’s No 1 trade partner, prepares to close up in the anticipation of a new crisis. America, too, hesitates in how wide to open its doors. And Russia goes its own way, as always.

In other words, if Medvedev’s main message at the St. Petersburg forum was “we changed”, the next forum’s slogan should be “We opened up”.