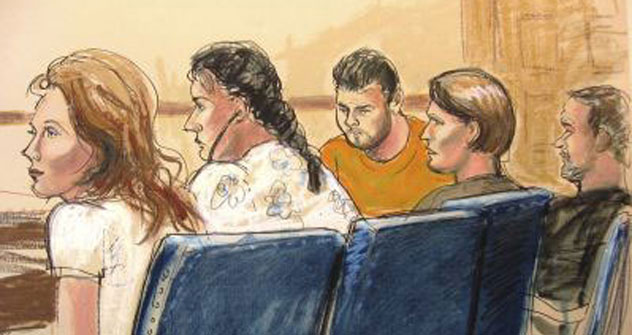 There has been a new twist in the latest US-Russian spy scandal—the biggest one between the two countries in recent memory. American officials have said that US President Barack Obama approved a swap scheme some 10 days before the Russian spy suspects were arrested in the United States. In considering candidates for the swap, Washington discussed people convicted on charges other than espionage, but US intelligence services rejected the idea.

The swap story is unique in terms of the openness and remarkable ability to negotiate demonstrated by both sides. The comments given by the Russian Foreign Ministry on July 9 are for the history books: “The Foreign Intelligence Service (SVR) of the Russian Federation and the Central Intelligence Agency of the United States, carrying out the orders of their countries’ leadership and guided by humanitarian considerations… swapped ten Russian nationals charged with espionage in the United States for four people who were earlier convicted in the Russian Federation.”

The spy scandal’s unprecedented ending can be explained by both Moscow’s and Washington’s desire to not let it drag on any further, which would have strained relations, according to Fyodor Lukyanov, editor of Russia in Global Affairs magazine. Lukyanov said that political considerations outweighed spy concerns: For Washington, cooperation with Russia on Iran and Afghanistan, as well as control over arms supplies are more important, while Moscow is looking to keep the US-Russia status quo on the post-Soviet arena, preventing the United States from increasing its influence there.

Elaborating on the unexpected ease of the spy swap, Andrei Soldatov from the Agentura Research Center said that intelligence services no longer play the crucial role they once did during the Cold War. The leadership of the Russian and US intelligence agencies apparently did not want the scandal to develop any further and the swap helped the CIA and the Russian Intelligence Service (SVR) reach their tactical goals. Both put the rescue of their failed agents on display, while the FBI proved its effectiveness at the same time avoiding the need to present its rather dubious evidence in court. Additionally, Russia’s Federal Security Service placed the defenders of suspected US spy Igor Sutyagin in an awkward position by swapping him together with ex-officers of the KGB, SVR and the Main Intelligence Administration, Soldatov said.

The spy swap seems to confirm that the reset in US-Russian relations has been accomplished. Both sides had to make serious concessions while sacrificing their own principles and, sometimes, even their own laws. The latest spy swap may have resembled a farcical comedy, but it is still better than an action movie, especially in relations between two nuclear powers.