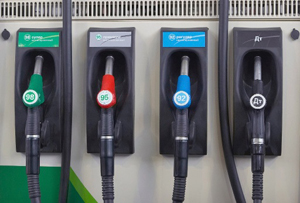 While BP is hyping Bob Dudley as a home-grown American who cares about country as much as company, his track record in Russia shows him to be a hard-core BP loyalist just as dismissive of external concerns as BP’s now-notorious CEO Tony Hayward.

In the wake of the oil spill in the Gulf of Mexico, the US media has dubbed Hayward “America’s most hated man.” Hayward provoked public fury as the crisis unfolded by claiming the oil spill was only a drop in the ocean, and complaining that he wanted his life back before flying to his native Britain for a yachting regatta. With opprobrium for Hayward’s behavior coming from the highest echelons in the US, including the White House, BP has now played what it hopes is its trump card: Tasking local son, Mississippi born-and-raised top manager Robert Dudley with direct responsibility for handling the spill. But while Dudley may find it easier to strike a chord with the irate US public than clip-toned Hayward, his track record as head of BP’s Russian joint venture, TNK-BP, from 2003-2008 demonstrates that he is just as much a corporate loyalist steeped in BP’s culture of denial. Dudley’s disastrous head-in-the-sand handling of a dispute with shareholders paralyzed TNK-BP and eventually forced his resignation.

In fact, BP’s tactics of blustering and muddling through, demonstrated in the Gulf oil spill, have been strongly reminiscent of the company’s tactics in the Russia dispute of 2008, in which it ignored the reality of the problem while blaming others for the company’s mistakes.

In Russia, the problem was not an environmental catastrophe, but a corporate dispute triggered by divergent interests between BP and the Russian shareholders in billion-dollar joint venture TNK-BP. The Russian shareholders, who owned 50 percent of the company, were increasingly disconcerted by what they saw as Dudley’s out-of-touch running of the company and his dismissal of their concerns. Dudley’s hard-line course quickly led to an escalation of the conflict.

TNK-BP was set up in 2003 to great acclaim; the $6.8 billion investment constituted the largest-ever foreign investment in Russia. Then-Russian President Vladimir Putin was even present at the signing. Putin has since said that at the time he expressed misgivings about the structure of the company, in which both BP and Russian shareholder consortium Alfa Access Renova (AAR) each held exactly 50 percent of the new company, creating potential for corporate gridlock.

While an AAR representative became chairman of the supervisory board, BP’s man Dudley, who had worked in Russia in the 1990s, was appointed CEO. Because TNK-BP was split absolutely cleanly 50-50 between BP and AAR, no decision could be taken without approval of both parties, including on removing the CEO. This meant that once installed as CEO, Dudley seems to have felt he had a free hand to run the company as he, and BP, saw fit.

While the arrangement worked initially, by 2008 AAR’s patience with Dudley was wearing thin. AAR comprised financial investors wanting to leverage their holding to raise debt. Their central issue with Dudley was that, while he had succeeded in boosting TNK-BP oil production by 25 percent and increasing its reserves by 38 percent, results that were consolidated in BP’s accounts, he failed to increase market capitalization of the company correspondingly. As a result, TNK-BP market capitalization growth tailed behind that of its Russian peers.

According to the Russians, Dudley was failing to develop TNK-BP as a company in its own right, treating it simply as a BP subsidiary, despite owning only 50 percent.

“These [AAR] complaints reflected legitimate concerns of the Russian partners, and were not a fabrication for the purposes of generating a bargaining position,” said a Western source formerly close to the owners of Alfa Bank, who were shareholders in TNK-BP.

The Russian investors were also calling for expansion downstream into refining and marketing, areas that Dudley regarded as the preserve of parent company BP. Additionally, AAR wanted TNK-BP to invest in projects abroad, such as in Iraq and Kazakhstan. “AAR believed BP was blocking TNK-BP’s international expansion,” said the source. “AAR’s take was that BP wanted TNK-BP to be a Russian-only exposure, and not compete against BP for international projects.”

The refusal of BP, and Dudley, in 2008 to listen to complaints by 50 percent of shareholders led to escalation. AAR—made up of hard-nosed, battle-scarred oligarchs who were trying to do things the right way—reverted their former practices and employed various forms of “administrative resources” to put pressure on Dudley to pay attention to their interests. In other words, they used their connections to Russian government regulatory organs to put the company under pressure. This in particular involved questioning and denying work permits to the myriad Western specialists Dudley had shipped in to work for the company, followed by investigations by regulatory bodies into the residency and tax status of the company’s foreign workers

While ugly, this pressure also had its specific motivation. According to the source, another AAR grievance against Dudley resulted from “excessively high costs from bringing in an absolute ton of BP expats on very expensive packages. Many were performing mundane jobs that a Russian could do equally well for a fraction of the cost.” Not only was this an expensive habit, but it underlined how Dudley regarded the company as a BP subsidiary, and had failed to develop independent human resources.

By summer 2008, AAR was openly demanding that Dudley be removed as CEO. But Dudley simply refused to go, despite having lost the confidence of half of his shareholders. Adding insult to injury, BP not only ignored AAR concerns, but launched a PR offensive against them, accusing the Kremlin of sponsoring the pressure exerted on TNK-BP. BP insinuated the Kremlin was attempting an asset grab of its Russian investment, hoping that international pressure would then prompt the Kremlin to damp down the conflict. Western leading lights such as influential former NATO secretary general Lord Robertson weighed in on the controversy with active support for BP’s cause, and censorious condemnation of Russia.

With the benefit of two years’ hindsight, and the 25 percent of global profits BP’s Russian investments contributed to the company in 2010, BP’s 2008 allegations against the Kremlin now ring very hollow. Not only has there been no sign of any asset grab; but the Kremlin has shown itself intensely concerned about BP’s current prospects, lest BP back out of its commitments in Russia.

BP’s attempted counter-offensive only added fuel to the flames. As the conflict slowly paralyzed the company, Dudley took ever more bizarre measures to continue “business as usual,” despite having irrevocably lost the confidence of 50 percent of his shareholders. He even left Russia, and attempted to run the company—with a work force of 50,000— from a “secret location” abroad.

Finally, inevitably, Dudley resigned in September 2008. BP and AAR then agreed to appoint as new CEO of TNK-BP a dynamic young Russian manager not connected to the either of the two groups of shareholders. Since then, the company has been operating smoothly and resumed its development.

As for Dudley, far from the fiasco damaging his career at BP, he was subsequently appointed to BP’s board of management and transferred to the US as reward for his unquestioning loyalty. Now BP has again put his trust in him to extricate it from the horrible mess in the Gulf of Mexico, and his name has been mentioned as a successor to Hayward. “Dudley is a BP loyalist. His primary job in Moscow was political in nature, and that will be doubly so in the US in this situation,” said the source.