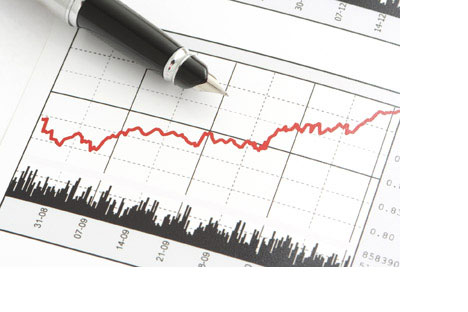 The global economic crisis has changed everything. The sharp drop in demand following a 7.9 percent contraction in the economy in 2009 killed inflation. While prices began to recover somewhat in the first half of this year, the last two months saw a mild bout of deflation again and the government is predicting a modest (for Russia) 6 percent inflation rate by the end of the year. With little pressure on prices, the Central Bank of Russia (CBR) has slashed interest rates a dozen times over the last 18 months. Even so, the fall in inflation has been so steep that by June interest rates on deposits were marginally ahead of inflation - a mere 0.2 percentage points - for the first time since 1991.

"The changes will be profound, but they will not be dramatic," said Peter Westin, chief economist at Aton investment bank in Moscow. "We are talking about less than 1 percent, so no one is going to get rich on this kind of spread. Still, the motivations have completely changed."

As Russians came to trust their banks, more deposits have been flowing into accounts with personal deposits over taking corporate deposits in size several years ago. The banks have used this cheap source of financing to drive a credit boom, which in turn drove the rapid 6 percent-plus a year growth for five years prior to the crash in the autumn of 2009. Now that Russians can actually make a profit by saving money in a bank, the rate at which deposits rise is expected to accelerate.

"We are still very early in the cycle, as for every ruble a bank takes in as a deposit it only lends out 50 kopeks; banks are still very nervous as a result of the crisis," said Westin. "However, the inflow of money means that banks are building up bigger and bigger supplies of capital and so getting healthy and stronger as each day passes. It is only a question of time before they feel confident enough to start financing growth again."

Ironically, banks' reluctance to lend will the add to the impetus behind positive interest rates; by sitting on the cash coming in, they reduce the so-called multiplier effect (typically each ruble that is taken out of a bank is spent two or three times before it returns to a bank account), which in turn pulls inflation down further.

The appearance of "normal" rates of return should produce a raft of benefits for the economy.

"Negative rates are like having a leak in the petrol tank of your car. No matter what you do, eventually you run out of gas and stop," said Westin. "The arrival of positive rates means that gas - money - is now accumulating in the tank. Thanks to the reluctance of banks to lend, the car is driving very fast now, but as more and more fuel is put into the car it can go further and faster."

One big benefit is that banks will be able to manage their cash better, dividing it between equities, bonds and cash, which will make the financial system more robust. Also, lower interest rates have already fed through into the nascent mortgage market where sales have already passed their pre-crisis lows, which in turn is having a knock-on effect on the crucial construction sector. Real interest rates will also allow the maturity of bonds to lengthen and so make it easier to draw up long-term investment plans; previously, all investment was short term and based on the assumption that loans and bonds could be rolled over, which made Russia especially vulnerable to the crisis of confidence in international credit markets. Finally, and most significantly, real interest rates mean that the Central Bank of Russia's (CBR) overnight rate actually means something, which will allow it to control at the same time both inflation and the level of the ruble.

Still for all these benefits to really take effect, the CBR has to bulk up the financial system with more cash and introduce more flexibility to the exchange rate, say economists. Over the last year, the CBR has been slowly withdrawing from the foreign exchange markets as it transitions over to controlling the economy by changing interest rates, rather than simply buying up dollars. But the supply of money in the Russian economy is still only about 45 percent of GDP against the 100-120 percent that is normal in the West. A shortage of cash in the system and the problems that causes outweighs the effect of interest rates changes, which only really make a difference in extremely liquid and fluid financial markets.

"You need a really liquid monetary base, and in particularly a big and liquid bond market, before you can really use interest rates as a tool to control the economy; to encourage people to save or invest by raising or lowering rates," said Westin.

The government is also actively deepening the bond market. Private companies have been issuing a flood of bonds as the only way that banks are willing to lend to them, but the state has also announced a massive 1.2 trillion ruble ($38.9 billion) borrowing campaign for this year as it taps domestic resources to finance the deficit.

The fly in the ointment is the heat wave that has settled over Russia. Temperatures reached an all-time high on July 27 of 37°C and the Agriculture Ministry has already downgraded the forecast for this year's grain harvest to 70 million tons, well off the record of 110 tons brought in two years ago. This will drive up prices, reversing the falling inflation and interest rate trends. Over 30 of Russia's 83 regions have already declared states of emergency and fire fighters battling the bush fires that are burning across the country are also trying to prevent some nasty damage to the economy as a result.

"The government is going to release grain [from Russia's strategic reserve] into the market, but if the situation continues, they will then slow the rate of grain exports," said Chris Weafer, head of strategy at Uralsib in Moscow. "The upshot is this could drive up inflation and this is already making bond investors nervous: the state could be forced to start raising [interest] rates before the end of the year."